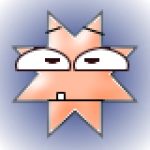 Markus Leben is a student at the University of Colorado and a regular submitter on the mtgfinance subreddit. He got back into Magic at the start of Return to Ravnica block, after originally playing during original Mirrodin.

Hey there, all. I’m Markus, a long-time submitter on the /r/mtgfinance subreddit under the username drakeblood4. I’ve decided to go from submitting my articles for imaginary internet points to submitting them for slightly less imaginary exchange of goods and services points. Outside of the time I spend doing a mediocre job using high-school level math to compare the scarcity of cards in sets and actively salivating over the prospect of Onslaught fetchlands in Modern, I do a moderate amount of trading in misprints and oddities. I believe that any player with regular FNM attendance, occasional PTQ and GP attendance, and at least some online presence can maintain at least a page or two of worthwhile oddities to trade in, and more if you include foils and promos in the count.

Almost every Magic financier has the vast majority of his collection’s value tied up in a very specific type of card: nonfoil, nonpromo, correctly cut, English, black- or white-bordered rares, and value nonrares. I’m not denying the value of speculating in vanilla cardstock, or saying that sinking half of your collection value into a dubiously miscut [card]Time Walk[/card] is a good idea, but I personally think that a more diverse collection is inherently safer in the long-term, and that a more diverse trade binder is much more useful for getting cards you want or need. Oddities and rarities trading, depending on the market in your region, your own budget, and the time available to you, can be very useful for creating that sort of diverse collection.

Why Invest in these Cards?

Misprints, assorted promos, alters, and other oddities aren’t the sort of cards that the average end-user of Magic purchases very heavily. Sure, EDH players, Legacy lifers, and cubists may be interested in blinging out a deck with a crimped German foil [card]Deathrite Shaman[/card], but those players are already a small subset of the playerbase, and the number of them willing to shell out for these sorts of obscure cards are a fraction of that already tiny group. In order to grasp how to get value out of these cards, you need to understand that the smaller subset of the playerbase that spends money on them means that it is a relatively illiquid market. If you go to a weekly FNM, the occasional Constructed event, and maybe a biannual GP or PTQ, you have more trading opportunities than you can feasibly count. Even if you only consider foils, the most common sort of card excluding regularly printed cards, given the same amount of event attendance, you could have half or fewer as many opportunities to trade in foil in any sort of volume. The chances you have to trade in oddities at all, let alone in large volumes, are few and far between.

This isn’t a bad thing, though, it’s just a trait of the market. Having fewer opportunities to trade a card prevents you from being able to panic buylist it in response to a reprint or banning, but it also gives you a sort of defender’s advantage when it comes to trading into and out of these cards. Illiquidity makes cards much, much more difficult to move quickly, but this means that if you encounter someone trying to move one of these sorts of cards quickly then you can get it for a steep, steep discount. Illiquidity means these sorts of cards are traded in very small volume, so the lack of a strongly centralized pricing system like TCGplayer, eBay*, or Star City Games  means that any collector looking to trade into your cards very much has to play by your rules. Even with infrastructure like the Misprints and Oddities and High End Facebook pages, it’s very difficult to point to precedent on a specific card and say, “It’s worth X.” There’s a saying in the art community that a painting is worth as much as a collector will pay for it, and that truism holds here as well.

*Note: some traders use eBay to price obscure cards, but I recommend against this. Using dummy buyers to close on an auction to create a fake history of a card’s value is relatively easy in the low-volume world of oddities trading. \

Here’s an example: at some point in the past year, I traded out of a crimped MPR [card]Lightning Bolt[/card] that I’d had in my binder for a while. I’d gotten into it at $30, and traded out of it at $85. The most recent sale I’d seen of a similar card had it at around $50, but that was months ago. 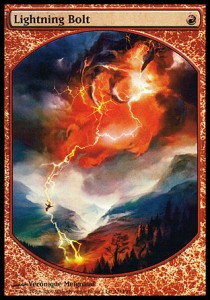 That sounds pretty reasonable, right? The MPR promo spiked up to around a $35 or $40 card NM and suffers from consistent TCGplayer pricing issues where the (nonexistent) nonfoil only has one listing at $55. A $30 margin on a very obscure card sounds pretty reasonable. This was before the spike. What’s weirder is that the guy who bought it was, to the best of my knowledge, immediately able to turn around and flip it for about $10 more on the misprints Facebook page. I’m pretty sure he ate shipping, and that he was trying to flip it for much more than that, but it’s a strange world where you can turn a $30 card into an $85 card and have the person who bought it from you still make money.

I feel it would be remiss of me to leave you on that positive anecdote without at least touching on one of the biggest drawbacks of oddity trading: there are a lot more assumptions that go into inferring that a card has value. Axioms are fundamental ideas that you start from in math or philosophy that boil down to “things that are obvious enough to be taken as true at face value, at least in most cases.” We already have axioms in regular Magic card valuation, things like:

Even with those simple assumptions, there are already cases where these fall apart. Many powerful Vintage cards are less valuable because the tournament environment is unsupported and inaccessible, [card]True-Name Nemesis[/card] and [card]Courser of Kruphix[/card] were and are worth a significant chunk of the sealed product they were in, rares in sets like Dragon’s Maze are often blank sheets of paper, and the list goes on. When you get into oddities trading, it carries with it a lot more assumptions. Here are at least a few:

This is far from an exhaustive list. Misvaluing a card here or ignoring the large set of assumptions that any given oddity can carry with it are huge misplays, potentially costing large amounts of money and larger amounts of precious trade time and opportunity cost. Hopefully I’ve cleared up at least some misconceptions that you all have had about oddities and rarities trading. It’s cliche to say that some version of something is more of an art than a science, so let me leave you with this: where trading in regular cards is primarily about correctly assessing a card’s playability now and in the foreseeable future, oddities trading is much more about knowing your local market, building good negotiation skills, understanding what your trade partners want, and building an inventory that is consistently in demand. Next time, we’ll be looking more specifically into the various subtypes of oddities and getting a firmer grasp on what exactly you should be looking to trade into and buy.