Funning For Your Playgroup: Silver-Bordered Cards in White Appropriate for Commander

In an interview on CommanderCast #137, during a rapid-fire question-and-answer session, the hosts asked Sheldon Menery, “Would [the Rules Committee] ever consider making the Un- sets legal?” Sheldon’s answer was an expectedly simple, “No.” Sheldon’s justification behind the answer was not explored, but it can be easily intuited. Mainly, many of the silver-bordered cards require an additional physical or verbal interaction for purposes of humor that many players would not expect or desire even in social situations such as their local game stores. This forced level of interaction can be uncomfortable for some people and reduce or eliminate fun from the game, thus breaking the social contract. Breaking the social contract is the exact opposite of what is intended for the Commander casual format. Alternatively, to specifically allow only a certain subset of Un- cards into the format via the Rules Committee would be exhausting to maintain. Instead, the Rules Committee has always stood by the idea that each playgroup plays to make its own social contract work.

However, Wizards of the Coast is aware that the silver-bordered sets contain playable cards and ideas and has mined ideas from these sets in the past. For instance, Mark Rosewater described his failed attempt to include [card]The Cheese Stands Alone[/card] in Tenth Edition. Elsewhere, Rosewater noted if not for a “change in global templating philosophy,” [card]The Cheese Stands Alone[/card] and [card]Barren Glory[/card] would be identical. With the physically and verbally interactive silver-bordered set cards and mechanics removed from the silver-bordered card pool, many of them are playable if generally underpowered and not game-breaking by New World Order design precepts. In some cases, silver-bordered cards are actually quite good and the mechanics are easy to port into an amenable Commander playgroup. For example, dice rolling cards function like any coin flipping cards and is a mechanic that Wizards has yet to include in tournament-legal Magic. Point of fact: many players use dice in place of coin flips by having the chosen player pick even or odd (it’s the same fifty-fifty chance of heads or tails) and are less likely to accidentally go flying off the table. So dice are usually readily available to work with Un- cards in any play environment. Another point of fact: the use of teammates has been found on black-bordered cards (see [card]Imperial Mask[/card]). Lastly, “super haste” on [card]Rocket-Powered Turbo Slug[/card] inspired the Pact cycle of cards.

Silver-bordered cards, such as the Double cycle from Unglued, are quite interesting for Commander and are the basis for advocating silver-bordered card inclusion for willing Commander playgroups. For a playgroup wanting to explore Un- cards without physical or verbal impact on the game, “oraclizing” the cards is an attractive option. Unfortunately, Wizards has neglected to update any silver-bordered cards in Gatherer to match modern templating philosophy. It is this article’s intention to make these cards attractive to the more casual Commander players and add more variety to playgroups by providing a solid rules spoiler under the modern templating philosophy. All of the rules wordings here are subject to some measure of debate, but should be as close to correct as possible thanks to some assistance from Matt Tabak.

Additionally, silver-bordered cards that port well into black-bordered environments can give a Commander deck more uniquity and customization options. They can also function as a way to depower the playgroup’s arms race or direct the power level in a different direction. Lastly, these cards have some effects that simply do not exist anywhere else in Magic yet.

Another reason to explore Un- cards is their dubious financial status in the midst of constant speculative fluctuation. Most silver-bordered cards receive little financial attention or value aside from some marquee cards like [card]Blacker Lotus[/card], [card]Jack-in-the-Mox[/card], [card]B.F.M. (Big Furry Monster)[/card], the full art basic lands, and a few others. This fact makes picking up many of the silver-bordered cards an attractive option for budget players who are in playgroups that allow the cards.

In this article’s “oraclization” of a selection of silver-bordered cards, cards that require a physical, non-die rolling component have been glossed over. This means this spoiler will not contain contact cards like [card]Charm School[/card] or [card]Volrath’s Motion Sensor[/card]. Cards with a verbal mechanic have been simplified to remove the verbal mechanic entirely where appropriate. Notably, without the verbal mechanic, many Un- cards remain relatively unimpressive. Cards referencing ½ or artists are similarly ignored, or in a few cases, appropriately modified. (It is this author’s opinion that playgroups willing to play with the physical and verbal impacting silver-bordered cards are already on the cutting edge of social contract technology and this article is not nearly as applicable to them.) Creature types have been updated where obvious (i.e. chicken to bird). For example, [card]Atinlay Igpay[/card] without the verbal mechanic becomes a straightforward 3/3 double strike boar for 5W. We’ll begin the first part of this article series with white.

In the spoiler below, flavor text has been ignored for brevity. Suggestions for deck construction, strategy, or finance are included after some cards.

[card]AWOL[/card] 2W
Instant
Exile target attacking creature. This creature cannot be returned to the game for any reason.

This obviously combos with [card]Forbidden Ritual[/card] and any number of hand discarding effects in an Orzhov deck for an instant win. Additionally, it functions as a secondary copy of [card]Barren Glory[/card] in those types of combo decks. Remember, [card]The Cheese Stands Alone[/card] is state-based effect and not a triggered one.

[card]Double Dip[/card] 4W
Instant
Choose another player and gain 5 life. At the beginning of the next game with that player, gain 5 life. (Do this after each player has kept their opening hand.)

One of the challenges of applying modern templating to the Double cycle was determining when the delayed trigger would take place for the reminder text. In order to make [card]Double Cross[/card] work effectively, the delayed trigger needs to happen at the same time the Leyline cards would trigger. This is why all the Double cards should have reminder text to trigger after each player has kept their opening hand.

All the Double cards are strategically interesting in that they can create multiple delayed triggers for the next game that care not for what happens between games, which most importantly includes changing to a different deck (and potentially format if the playgroup’s social contract works that way). For example, someone might play a white-green deck with multiple [card]Regrowth[/card] effects to replay [card]Double Dip[/card] two or more games and then lose the game. The next game, depending on the social contract, that player might choose to switch to his or her [card]Erebos, God of the Dead[/card] deck and begin the game with even more life with which to draw cards. If this type of tactic becomes common under a particular social contract, the playgroup may possibly evolve and react. It is this type of social interaction which may be of interest for that playgroup and provide validity to Un- cards. While there’s potential for abuse here—particularly with [card]Double Play[/card]—there’s also possibility for additional strategic complexity. Whether these cards will work for a given playgroup will depend heavily on the social contract and metagame.

[card]Emcee[/card] 2W
Creature — Human Rogue
Whenever another creature enters the battlefield, you may put a +1/+1 counter on that creature.
0/1

[card]I’m Rubber, You’re Glue[/card] WW
Enchantment
0: Change the target of target spell or ability that targets only you. The new target must be a player.

[card]Look at Me, I’m the DCI[/card] 5WW
Sorcery
Name a card other than a basic land card. Exile all cards with that name. Search each player’s graveyard, hand, and library for any number of cards with that name and exile them. Then that player shuffles his or her library.

“Yes, your commander is definitely going back to the command zone.” [card]Look at Me, I’m the DCI[/card] is also the only card in Magic that allows someone to search through each player’s deck, giving an expensive method to peek through everyone’s deck in the late game after naming the card to see what tricks are left. It also allows for someone to dig their commander out of their deck and put it back into the command zone.

[card]Once More with Feeling[/card] WWWW
Sorcery
Exile all nontoken permanents and all cards from each player’s graveyard. Restart the game. Each player’s life total becomes 10. Exile Once More with Feeling. (Token permanents stay on the battlefield. Each player shuffles his or her current hand into their deck. Players draw a new hand of seven cards. Players may take mulligans. You start the game.)

[card]Sway of the Stars[/card] is banned in Commander, so this card should probably not be included in Commander despite the excellent Terese Nielsen artwork.

[card]Sex Appeal[/card] W
Instant
Prevent the next 3 damage that would be dealt this turn to any number of target creatures and/or players, divided as you choose.

[card]Staying Power[/card] 2W
Enchantment
Change the text of each spell or ability by removing all instances of “until end of turn” and “this turn” from them. (These effects end at end of turn if Staying Power leaves the battlefield.)

This card has no equivalent in current Magic to provide a modern templating philosophy analogue. The overload mechanic is possibly the closest mechanic with which to compare it. However, [card]Staying Power[/card] may be just too complicated to maintain an accurate game state and avoid trashing the social contract for cute interactions.

With this list, it’s clear that white brings some useful tools to Commander decks. Combo gains redundancy with [card]The Cheese Stands Alone[/card]. Johnny players get to really mess with the game with [card]Staying Power[/card]. Aggressive token generating and political decks can use [card]Emcee[/card].

Blue and black will be covered in the next article in this series and even more tricks will be brought to the kitchen table. 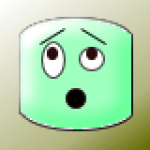 @duneecho     -     Email     -     Articles Kirsin Koch works as an IT professional and trainer. As a Magic: The Gathering player since Revised in 1994 and one of the original founding members for CasualPlayers.org, he deeply enjoys Commander, Legacy, and Draft.
Previous Episode:
Casually Infinite – Understanding Bots
Next Episode:
Episode 25 – Xenagos, God of Formats

3 comments on Funning For Your Playgroup: Silver-Bordered Cards in White Appropriate for Commander