It’s Not Easy Being Green: The Non Blue Alternatives in Legacy 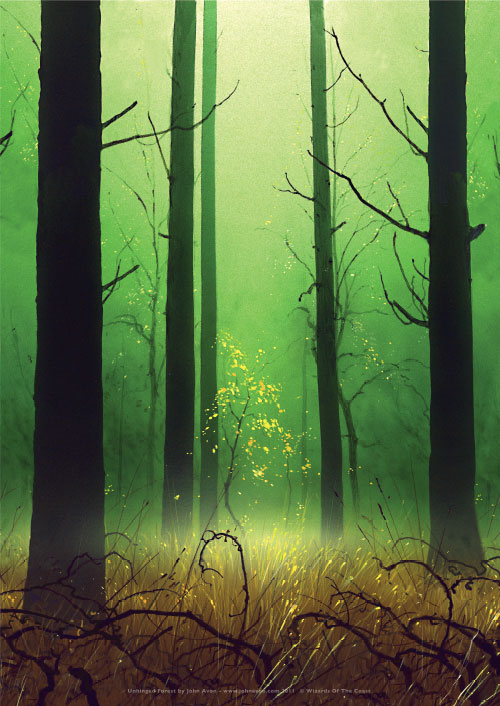 It’s been a while since I last checked in and the Legacy format has changed a lot since GP Seattle. Lands taking down the Grand Prix and Punishing Blue winning the Star City Games Legacy Open in November certainly showed that the format is in a position now where decks can get away with not running four copies of [card]Brainstorm[/card]. Legacy has slowed down a lot and midrange decks are king. Miracles has been one of the top dogs since Fate Reforged and even the Delver decks are slowing down with things like BUG and 4C Delver. At the SCG Player’s Championship, the Roanoke team brought Death and Taxes, saying that it was a deck that people were ignoring and could attack the format really well. So today I’m going to take a look at a couple of the non-blue decks that can take their own.

To begin with, the main reason non-blue decks aren’t as popular is the fact that Brainstorm allows decks to remove some level of variance and fix bad hands. It means that they’re not at the mercy of the top of their deck as much as decks without Brainstorm. They also tend to have poor combo matchups in the first game because of the lack of [card]Force of Will[/card]. Now they have different ways of attacking combo through cards like [card]Thoughtseize[/card], [card]Thalia, Guardian of Thraben[/card] and, against Storm and Reanimator, [card]Deathrite Shaman[/card]. They certainly aren’t as safe or powerful as Force, but they are the best way these decks have of tackling these decks without having access to the powerful countermagic that blue has to offer.

Possibly the best non blue deck in Legacy, and my personal favourite if I had to leave the Islands at home. The combination of mana taxation in the form of Thalia, and disruption with cards like [card]Mother of Runes[/card], [card]Wasteland[/card], and [card]Rishadan Port[/card] allows it to play a great mana denial game against most decks. All of those one mana cantrips that fuel Legacy are pretty bad when they cost two mana. Better yet, all of Death and Taxes’ disruptive creatures are exactly that: creatures. They’re able to beat down incredibly efficiently and combined with [card]Stoneforge Mystic[/card] and the usual equipment package of [card]Batterskull[/card], [card]Umezawa’s Jitte[/card], and [card]Sword of Fire and Ice[/card] provide a range of options depending on the matchup.

Death and Taxes is also often able to dodge countermagic thanks to [card]Aether Vial[/card] and occasionally [card]Cavern of Souls[/card], meaning it can completely foil Miracles’ [card]Counterbalance[/card] gameplan. So countering Vial is number one against this deck. Mother of Runes is also a key turn one play that can ruin someone’s day. If DnT gets to untap with Mom, you better hope you’ve got a plethora of removal spells or you’re going to be in for a bad time.

DnT does have some very sketch matchups against things like Punishing Jund, Lands, and especially Elves. The best way of beating them is by playing some kind of recurring value engine. [card]Punishing Fire[/card] and [card]Grove of the Burnwillows[/card] is a fantastic way of fighting DnT. Similarly, obscenely fast combo decks like Belcher and Dredge are great at taking down the army of dudes. On the flipside, if you’re expecting a lot of Storm, Sneak and Show, or Miracles, Death and Taxes is a great way of taking on the field.

There is never a purer or more visceral experience in Magic than when you get to Jund someone out. Jund is present in every format because it turns out when you have the reach of red, the removal and discard of black, and the threat power of green, you just play seventy-five good cards. And Legacy is no exception. Jund was one of the decks that got pushed out when [card]Treasure Cruise[/card] and [card]Dig Through Time[/card] were around but now that they’re both gone, it’s time to look at one of the oldest non-blue strategies in the game.

Jund’s gameplan is simple: trade one-for-one with cards like [card]Abrupt Decay[/card] and [card]Thoughtseize[/card], land a [card]Bloodbraid Elf[/card] or [card]Tarmogoyf[/card] to beat the tar out of the opponent with [card]Sylvan Library[/card] and [card]Dark Confidant[/card] keeping your hand nice and full, and eventually establish the [card]Punishing Fire[/card] + [card]Grove of the Burnwillows[/card] engine and grind out the opponent. The deck doesn’t mess about, it doesn’t get any fairer than this. And the versions that run [card]Hymn to Tourach[/card] are the only “unfair” versions, but it’s still just a two-for-one. Jund excels in heavy creature formats where people are running things like Death and Taxes, Maverick, or Merfolk. It can even out-attrition decks like Miracles and Shardless if played by a well-versed pilot.

The deck does suffer to combo though, as do most non-blue decks, as I’ve said. Though the heavy discard and fast clock can be incredibly potent against any combo deck. And if you can land a turn two [card]Liliana of the Veil[/card] it can just shred people apart. The deck does have a pretty poor Dredge and Burn matchup but those two decks aren’t as popular anymore. Despite having access to [card]Abrupt Decay[/card], Miracles is still a tough matchup for Jund. We are the premiere control deck of the format and we can grind and attrition just as well as Jund can. Liliana is great in this matchup because a Liliana ultimate is backbreaking. The absolute worst deck to get paired against is Maverick/Deadguy Ale/The Rock. These midrange decks are doing the exact same as Jund (roughly) but they have better tools: [card]Swords to Plowshares[/card] is better than [card]Lightning Bolt[/card], Mother of Runes can counter Abrupt Decay, [card]Green Sun’s Zenith[/card] allows for some incredible flexibility in the deck. But overall, Jund is a deck that, like Miracles, has no real bad matchups and there’s no card that just hoses Jund. There are cards that hurt, but don’t completely ruin the deck. A very, very solid choice.

I love this deck. I really do. And not just because Miracles has a completely dominating advantage against the deck, but because it’s a mono-green combo deck. That just sounds so freaking cool!

In all honesty, Elves is a very powerful deck that could see a return to form with Miracles on the decline. The deck is a combo deck that wins through a few different avenues. It can cast [card]Glimpse of Nature[/card] and fire out a load of small dudes, and draw half of its deck and make a boatload of mana in the process thanks to [card]Nettle Sentinel[/card] and [card]Heritage Druid[/card]; it can combo off with [card]Natural Order[/card] and [card]Craterhoof Behemoth[/card]; or it can play a fair creature matchup where it plays buckets of small creatures that can go incredibly wide. With Glimpse, every card you play is a cantrip, meaning that on turn three, the deck can vomit out creatures,slam a [card]Gaea’s Cradle[/card] and play a Craterhood or Green Sun’s Zenith for one. Oh, it also gets to run Green Sun’s Zenith, which in this deck is brutal. There are plenty of decks that play Zenith but Elves is one that gets to take huge advantage of it. Being able to spend two mana and get any of your combo pieces is just huge, and the toolbox element allows you to mould and sculpt your sideboard to your meta.

Elves is fantastic against fair decks. Against Delver, Elves can completely overrun them and make their Forces and [card]Daze[/card]s just terrible. And if you want to see a massacre, just look at Elves play against Death and Taxes. The little green men just destroy Thalia and Co. It’s actually kinda sad.

But not as sad as the Elves versus Miracles matchup.

A very good friend of mine is an Elves player so when I asked him about bad matchups the first thing he said to me was, “Miracles.” In our last Legacy night, I crushed him 2-0 in the first round and went 5-1 against him in our practice games beforehand. Counterbalance is obviously a problem when your deck is full of 1-CMC cards but it’s also the four copies of STP and the one-mana boardwipe in the form of [card]Terminus[/card]. The best way of dealing with this matchup is taxing the removal. If you can deploy two Nettle Sentinels or a Deathrite Shaman backed up with another creature to pressure the opponent can eventually whittle away the Miracles player. Elves also has a very hard time against fast combo decks like Storm and Reanimator. That being said, I think Elves is a fantastic deck and if you can pilot the deck well, the little green men will serve you well.

These three decks are just a mere taste of what Legacy has to offer for those of us who want to leave the Brainstorms at home and sleeve up some Green Sun’s Zeniths or some Stoneforge Mystics. If this has whetted your appetite, there’s plenty more decks that have abandoned the Island life for a simpler, topdeck-ier game of Magic. You can continue down the midrange route with The Rock or Deadguy Ale, or perhaps aggro is more your style and you can play Burn or Maverick. Heck, you might even want to continue combo-ing off, in which case there’s a certain mechanic I think you might be interested in called Dredge.

Regardless of what you want to counteract the blue beast, Legacy has something for you. Just remember that you get to shuffle Green Sun’s Zenith back into your deck!

Previous Episode:
Brainstorm Brewery #175- Instances of Sorceries
Next Episode:
The Staple Binder – Making the Most of Your Collection