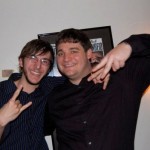 Sports Reporter at the Norman Transcript and MTG enthusiast from the Magic hotbed that is Oklahoma. I write a weekly finance column for Quiet Speculation. When asked for an expanded bio, Corbin responded “Yeah, I’ll do it later.” Taking a cue from Marcel, Corbin goes by the nickname “The Patty Melter” 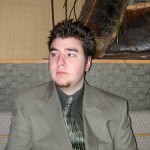 Jason is a financier living in Michigan. You can find his work on Gathering Magic and Quiet Speculation. Jason brings several years of MTG Finance experience to the podcast as well as his signature wit and comic relief. Jason is a disgruntled former member of Team Simic. One time Jason saw 11 bats in one night, but when he tried to tell everyone, they were all “no way, you didn’t see that many bats” and then he was all “awww man!”

Jason joined the podcast as a guest on Episode 10 and again on Episode 12 and it was clear that the group had a great dynamic. He became a permanent member of the cast soon after and the world of MTG Finance hasn’t been the same since. 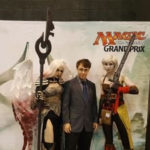 Douglas “DJ” Johnson buys and sells Magic cards, full time. He got into the finance part of the game in 2009 in order to afford Standard, and became the local vendor over the course of a few years. His writings can be found here on Brainstormbrewery.com, MTGprice, Quietspeculation, TCGplayer, and @Rose0fthorns on Twitter.

Presently he owns and operates his store CardGarden out of Upstate NY, and works with 95MTG on the MagicFest circuit.