Modern Specs Despite All the Spikes

Hi all, first let me apologize for taking so long to write my follow up to my Defense of Star City Games. This article series sounded like a great idea to connect with the community I love so much, but when it came down to it, I was struggling to string together 500 words rather than the 2000 that made the articles worthwhile. But after the long interlude, I am refreshed and ready to start the grind of providing you with sound financial advice!

Surprisingly or not, what got me motivated was an article I saw on another site about how we should have already bought into Modern. While it’s true that the moment for making crazy money on [card]Birthing Pod[/card] and [card]Celestial Colonnade[/card] might have passed, there are tons of new opportunities for longer picks.

First, a quick aside on [card]Celestial Colonnade[/card] and [card]Birthing Pod[/card]. While Pod has slipped back down to its pre-spike level of $10 on third-party sites like eBay and TCGplayer (TCG), I still like this card moving forward. Essentially, the card has not moved at all based on how most of us acquire cards. If you are trading for Pods using TCG, the price point has not moved and if you are a Star City Games (SCG) homer like me, then you are now giving up $15 on a card you can still sell for $10. Before I move off Pod, I also want to point out that the murmurs of ban talk have never materialized for this card and realistically we would need to see 30 percent or more of the field play this card before the hammer comes down.

[card]Celestial Colonnade[/card] is a nice comparison because the price on this gem has maintained its new price tag of $20. A couple points I want to bring up about this card: whether you are in the “American” or “Patriot” camp, new players are identifying “Patriot” UWR builds as the de facto control strategy for “pro” players to pick up. In my meta, the new Modern players poring through my binders are all looking for the same pieces: [card]Lightning Helix[/card], [card]Spell Snare[/card], [card]Path to Exile[/card], and the accompanying mana base. Colonnade is a solid four-of in those builds and I do not see the price going down until a reprint or ban, however unlikely, happens. More importantly in this discussion, Colonnade is sold out on SCG at $20 and selling at $20 on the third-party sites listed above. A price correction will happen, so now is the period where I would advocate heavily trading for this card. The spread is literally zero dollars and SCG will move to stay ahead of the market before too long.

Let the Path Guide You Into Making Money in the Future

[card]Birthing Pod[/card] and [card]Celestial Colonnade[/card] are both cards I have been sitting on since the Modern format was first created. It’s been nice seeing a healthy return from my investment, but rather than gloat about fat stacks, I’d like to point out a few cards that will be primed for spikes in the new future if you have time to wait on them. Listening to an old cast, Ryan Bushard identified [card]Stony Silence[/card] as a great long-term card to be picking up. I personally love that pick because it’s still under a $1 in trade and for cash pick-ups. More importantly, it’s a card I do not think players fully appreciate for its Modern applications.

As much as I like hijacking picks, I am super interested in [card]Grafidgger’s Cage[/card] and [card]Counterflux[/card], alongside a slew of other Modern playables that are under $1. Like the above, these are all cards that see play in a variety of decks and only have room to grow. Another reason I like them is I very rarely feel comfortable asking for throw-ins in a trade unless it’s for true bulk cards for my friends. But asking the Standard player to throw in a [card]Counterflux[/card] when that card hasn’t seen play since miracles is a no-brainer.

Following the most popular question on Reddit, I am going to rapid-fire some picks I think are worth getting in on now and a brief explanation why. Also, unless I specify differently, I believe acquiring foils of the below to be worthwhile as well.

[card]Ghost Quarter[/card], FNM [card]Ancient Grudge[/card], [card]Obstinate Baloth[/card], and [card]Pithing Needle[/card] are super cheap but all see a decent amount of Modern play. Barring reprints, this is the ground floor for a card that I would put in a box and forget for a year.

[card]Abrupt Decay[/card], [card]Supreme Verdict[/card], [card]Slaughter Games[/card], [card]Detention Sphere[/card], and [card]Scavenging Ooze[/card] are not dipping at rotation, so pick them up now. Cards like Decay and Verdict may seem like no-brainers, but all of the above are priced at a point where I don’t see them getting cheaper when rotation hits. And if they do drop, the margin isn’t going to be large enough where it is worthwhile to reacquire at the “bottom.” The only upside is that the Standard-only player is the only person not looking for these at the trade tables.

[card]Gavony Township[/card], [card]Leonin Arbiter[/card], and [card]Blade Splicer[/card]. Two out of these three have seen small gains. How much longer do you think it’s going to take for Splicer to make a jump? And it may seem obvious, but if Township and Arbiter don’t see a reprint, they are not getting cheaper.

[card]Orzhof Pontiff[/card], [card]Scapeshift[/card], and [card]Prismatic Omen[/card] are extremely unique. With the exception of Omen’s ambiguity, I can’t see where a reprint for the other two fits in unless it’s a Dual Deck (DD) or From the Vault (FTV). I have been fearful of picking up Omen as a spec only because its ability essentially reads, “Hey, we fixed your mana,” and that might be fair enough for Standard or Modern Masters 2.

[card]Prophet of Kruphix[/card], [card]Anger of the Gods[/card], [card]Swan Song[/card], and [card]Springleaf Drum[/card] are almost draft leavings at this point. I am targeting Prophet and Anger because I think both are too powerful for the low cost. Commander players should buy Prophet while Modern keeps a stable floor on the other two. Drum is only uncommon, but it’s a four-of in one of the cheapest (read, easiest entry point) Modern tier-one decks.

If you listen to any advice, take this to heart: any card that sees Modern play and is cheap right now will rise! Take the time to look at daily lists for cards that routinely show up as four-ofs and invest accordingly. It’s easy to buy in on [card]Fist of Suns[/card] before it spikes and sell when it does—if you know what to look for. 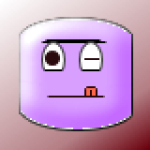 2 comments on Modern Specs Despite All the Spikes