Organizing Your Collection #2 – Boxes of Cards 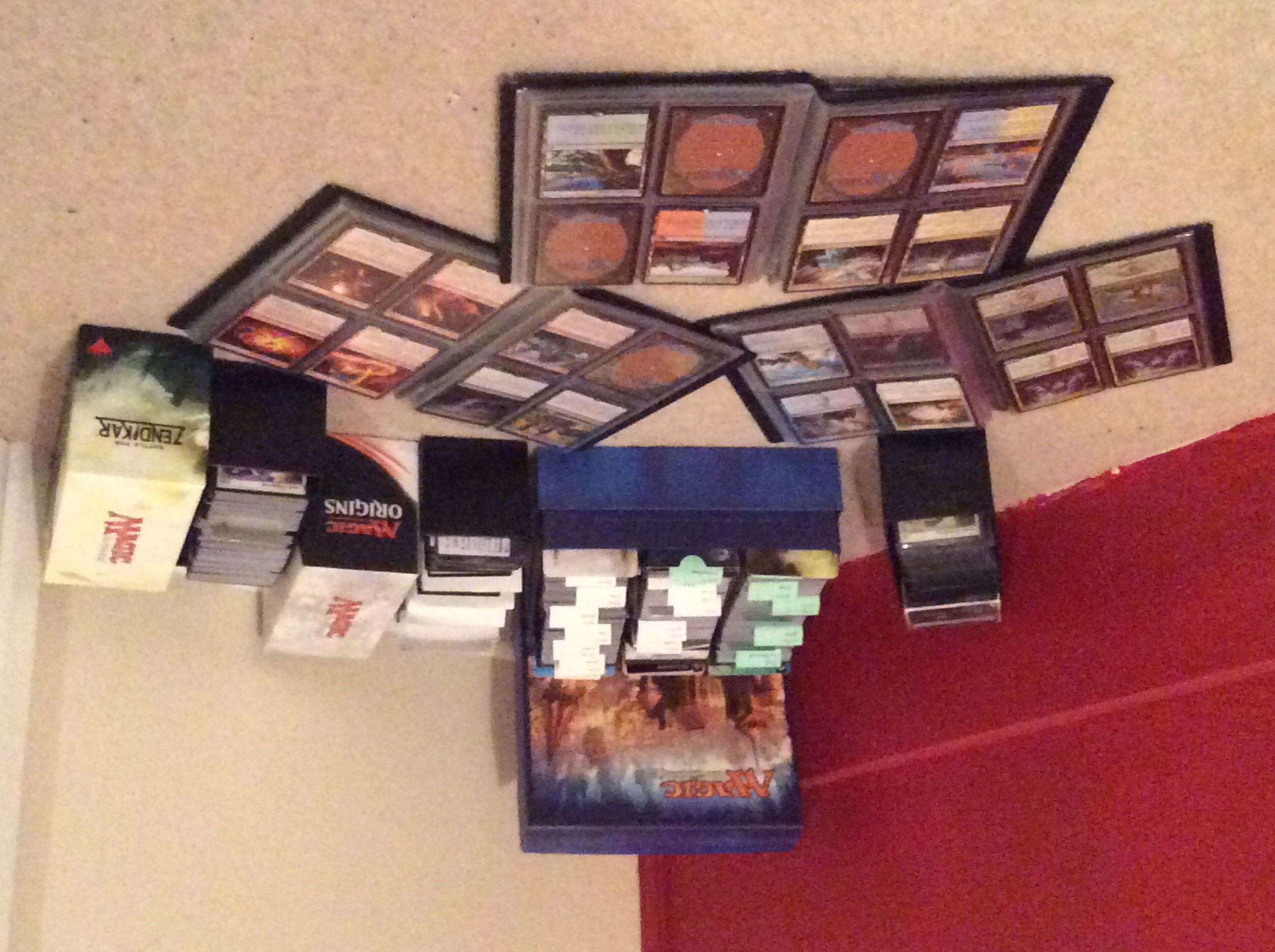 In my last article, I talked about what kind of things to take into account when you’re choosing how to store & organize your Magic collection. This time, I’m going to talk about a few of the most common methods people use to store their cards and how well they work for different purposes.

Massive pile of cards in a cupboard/under your bed 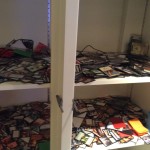 I know some players who use this method, I think because it takes no time or effort at all. Simply throw your cards on top of last week’s, and you’re sorted. It’s easy to expand this method as your collection grows, however your housemates/significant other/neighbours may object.
However, it’s not that great when it comes to keeping them in good condition. Cards get easily scratched or bent when they’re in a heap, and people are less likely to trade with you if your cards are in bad condition. It’s also difficult to find a card when you want one for a trade or a deck, and you may end up buying or trading for cards you already own and just can’t find.

A shoebox is a fine place to start storing a small collection. Our collection lived in a shoebox until we both started drafting a lot and it outgrew the box.
Firstly, it’s super cheap – assuming you bought some shoes at some point, the box comes free. Also, it’s easy enough to carry a shoebox around if you need to – as long as the lid doesn’t fall off during transport.
It’s pretty easy to use a few bits of cardboard to divide up the box into sections so that you can begin to sort your cards to easily find what you’re looking for. You don’t even need to sort too much as your collection will be pretty small so just splitting by colour or set would be fine.
A shoebox is fairly robust so can hold as many cards as you can pack into it without falling apart, and it will keep the cards in decent condition – one thing to watch out for though is that you may not be able to completely fill the box as it might not be the right shape to hold rows of cards, and if your cards are rattling round then they might get damaged as you carry the box around. 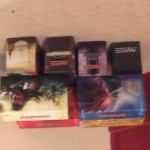 These are the main kinds of boxes sold by Wizards of the Coast, they’re pretty easy to get hold of as most shops that stock MTG will have these for sale at some point – fat packs when each set is released, and holiday boxes in November or December. Fat packs generally don’t cost very much more than the price of the nine boosters that come with it, so the box itself isn’t a huge cost if you were planning to buy some boosters anyway, the holiday boxes are a bit more expensive for what you get but the box is a more useful size.
They’re about as easy to transport as a shoebox, and the lid is a bit less likely to fall off in transit – holiday boxes get quite heavy when they’re full, though.
The holiday box is divided into three rows and comes with a few dividers, which makes it quite easy to organise cards and split them into sections. Additionally, you can fit a plastic deck box inside a fat pack or holiday box to separate out some particular cards, or so that you can fit your deck inside the box as well as loose cards.
These boxes are fairly robust, and they’re the correct size to fit an even row of cards in, so they keep your cards in fairly good condition. If you pack the box very full though, the cards at the front and back can get caught by the lid so I tend to put a bit of cardboard or a sleeve at each end to protect the end cards. You can also sleeve all your cards if you want to protect them from scratching against each other inside the box, but I don’t bother with that except for rares.
It’s fairly easy to expand your collection (unless Wizards discontinue these products) as you can just buy a new box each set or each year. A fat pack box will hold a playset (four) of all the commons and uncommons from a small set, and one row of a holiday box will hold a playset of all the commons and uncommons from a large set. As these boxes are all the same size, you can pile them up in a corner and keep all your cards in one place. 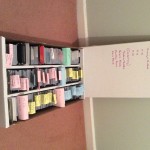 This long box can hold several thousand cards, so it’s good to use card dividers to split up the rows.

As I mentioned, the holiday boxes and fat packs are pretty expensive if you only want a box, and there are several manufacturers that make bigger boxes to store cards in. These can be single row or multiple rows (typically three or four), mostly they are corrugated cardboard but you can get single row metal or plastic tins also. Unfortunately they don’t tend to be stocked by the smaller gaming shops as they don’t sell very fast, so often the best place to get these is either at a large event with traders such as a Grand Prix, or buying online (and often the shipping can be more than the product).
These boxes (especially the multiple row boxes) are generally for long term storage as they’re quite difficult to transport without a car, and they get very heavy as they can hold a few thousand cards ie several sets worth. We use these for storing cards that have rotated out of the standard format as we don’t need to access those cards so often.
These boxes are a bit more robust than the fat packs and holiday boxes as they’re corrugated card not just thick cardboard. They generally come flat packed so you can order a bunch, and then assemble them as and when you need. They’re plain so you can write on them which cards/sets/colors are in which box for easy reference, but they don’t look very attractive.

Most players have at least a couple of binders to keep relevant trades in (this is a trading card game after all), and they can be split into two kinds – firstly the ‘book’ types which have pages of plastic pockets bound in – these come in different sizes but generally there are the small ones with four to a page, the A4 sized ones with nine to a page, and there’s also some new wider ones with three rows of four so you can keep playsets together. Secondly you can get ring binders and buy the loose pages of plastic pockets separately (these are all generally A4 sized with nine to a page). You can use any kind of ring binder really for these, and they’re easier to expand by just buying more sheets, but they also get pretty heavy.
Binders are generally more expensive than boxes for the amount of cards you can store, so most players use a combination of the two – binders for the higher value cards or easily traded cards, and boxes for storing at home.
Binders make it fairly easy to find what you’re looking for as you just flick through the pages. They also protect the cards quite well. One pitfall is that the cards can all slide out if your binder is accidentally turned upside down, so you need to be aware of that when it’s in your bag. There are book-type binders with pockets that open to the side rather than the top to avoid this problem.
The main reason why most players don’t use binders for all their cards is the expense vs how many cards you can store, binders also take up more space than boxes due to all the plastic pockets. If you have multiple binders be sure to label what’s in them to save time finding cards in the right binder. It can also take more time to organize your cards as when you want to add one card at the beginning, you then need to move every other card along one.

I don’t know any players myself that go to the trouble of getting furniture for the express purpose of storing cards, but I’ve seen a few examples online. If you can get hold of one of the old card index drawers that libraries used to use for library tickets, they tend to be the right size for storing cards too. These days most libraries will already have got rid of these as they’ve all switched to electronic databases but there’s a few around. Other people may also commission their own storage system that suits their collection. Obviously this is an investment, and it may not be that easy to expand once it’s filled. It looks a lot better than ratty cardboard boxes, though!

In the end, most players use a combination of methods to store their cards due to the different ways they want to use them. Hopefully you can now judge which ones are best for your collection. 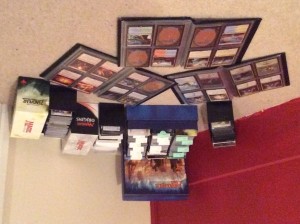 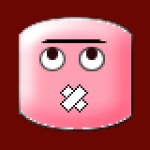