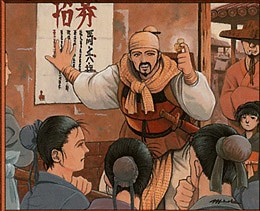 The great Chinese philosopher Laozi once said: “the journey of a thousand miles begins with a single step” and true now as it was then my [card]Otherworldly Journey[/card] into the MTG scene in Asia started with a chance encounter with the greatest game ever made.

I boarded the cardboard crack train like many others.  With the kind of free time only available to under achieving college students, I ambled over to my friend’s house one weekday afternoon to play some Smash Brothers and enjoy our daily dose of cheap lager beer. But instead of smashing a cacophony of Nintendo IP characters against each other they were playing Magic. A game I had been vaguely aware of in my Pokemon days but never got into. I was never more than an average Smasher (only being able to competently play a single character really limits success), so I thought: why not? As a single dude with little romantic prospects my social calendar was less than full so learning a new game would be a great distraction from labwork and studying. My introduction to the game was less dramatic than some for sure (it was literally a kitchen table introduction, [card]Somnophore[/card] was the best card in the group by a mile) but its role in my life has been anything but. The true significance of Richard Garfield’s creation would manifest itself more than 6,000 miles away in the Yangtze River Delta.

Before I get into that a short introduction is in order. My name is Brady and most of my friends will tell you that I take the same calculating approach to Magic as most aspects of my professional and personal life (paralysis by analysis is a phase uttered more than once in regards to my thought process). That approach is an asset as a graduate student in politics and economics where data, relationships, and concepts benefit from careful thought and research. Any player with a love affair for my favorite Magic related geographic feature can already tell where this is going… I am a blue player through and through. The first deck I ever built was Blue-White Control in ZEN-MBS standard (it was terrible). [card]Tumble Magnet [/card] and [card]Mana Leak[/card] where my favorite cards with [card]Sphinx of Jwar Isle[/card] as my only win condition. Our play group rarely played anything other than casual constructed, chaos draft, or EDH (I forced blue in all formats). My first EDH general was [card] Grand Arbiter, Agustin VII [/card] Tax-Control, so I was a zero-sum fun player from the beginning.

In the fall of my sophomore year (after the existential crisis of finding out I didn’t really want to go to Med-School after all) I discovered my passion for China during an introductory course on modern Chinese culture and history.  After that initial taste, I took all the classes I could on China and Asian culture offered at my small rural liberal arts college. Following the conclusion of the first few courses I began to toy with the idea of actually going to China rather than just studying it from afar. After some early clandestine planning I informed my parents I wanted to take a year off from school to attend a Chinese university. I expected a flat refusal from my dyed-in-the-wool mountain west parents; surprisingly they gave their full support. Shortly thereafter I began planning in earnest for what would become the defining experience of my young life. In the summer of 2011 I enrolled into the Chinese language program at a Chinese teachers college in Shanghai.

To say I was nervous would be an understatement; I had never lived outside of my home state, let alone another country. I was leaving my hometown of 25,000 to a city of more than 25 million with only introductory academic knowledge and no Chinese language skills. Little did I know that a chance encounter with a classmate during that first semester would change my relationship with MTG and my friends in both the Pearl of the Orient and rural America.

If you have never experienced the thrill and terror of stepping off the plan into an unknown land where you don’t speak the language I would recommend it at least once. I spent the majority of the first semester on hiatus from Magic as I was trying to get the language down and working on getting oriented in the city. For the first couple months I could barely order my food, at the time I couldn’t imagine trying to play a game of Magic in Chinese. As a result my circle of friends was almost exclusively limited to my classmates. Outside of the language barrier its quite difficult to make friends with the Chinese students under the weight of their course loads (making friends with the bumbling foreigner is hard as is without the specter of the Chinese education system constantly looking over your shoulder). That is not to say I was deficient in good times, mornings were spent in Chinese class with the afternoons filled with beers in the park, pick-up basketball or soccer, and just hanging out in the big city.

That all changed when one night on our way to dinner one night I saw John, a member of our dinner and drinks crew, running on the track in a GP Singapore shirt. John was an Indo-Chinese kid with a wit as sharp as his Swiss trained chef’s knife and an easy joking laugh with a penchant for sarcasm. John was always down to have a snack or check out a new restaurant. We had been friends but nothing ever really close. I tried to keep the ‘fan boying’ to a minimum as I had yet to meet another magic player during my 3 months in Shanghai. I asked John if he played, as expected he said: “Yeah, a bit.” I would come to find out how much of an understatement at the time by the end of the semester. John was a Day 2 regular with experience playing all over Asia. Coming from someone who’s town has never had an SCG IQ let alone a GP I was impressed.

After that initial shock of finding someone I was already friends with also played Magic, let alone was a much better player, was awesome. I now not only had someone I could play with, but someone to learn the game from. I spent the rest of the semester building bad standard decks from John’s collection to play against his brews and Tier 1 decks he would take to the next GP or PTQ where I would be regularly crushed. When not playing paper John was an MTGO fiend. I never saw his constructed rating, but he was going infinite for sure. He was the kind of player enshrined in the MTGO lore as not only being infinite but making enough money to live just grinding Event Tickets. Some of my biggest level-up moments were looking over John’s shoulder playing and asking questions (in hindsight many of them stupid or with obvious answers), but John would explain the line ith a sarcastic joke and a laugh. I spent a lot of time that semester eating fried eggs and tomatoes over rice from the Japanese place around the corner and watching John crush opponents with U/W Delver. It’s amazing the kind of skill growth you can see when you have a high level player available at all times. This was before the explosion of popularity of twitch streaming when having direct access to Platinum Pros’ at all hours through twitch chat was a thing.  So having the kind of live in tutor for Magic was more of a rarity than today when I can fire up twitch almost any day of the week and get responses from Hall of Fame players at an instance (and maybe a sub).

While I certainly developed as a player, the more interesting part was the development of our relationship. Whereas before John was certainly my friend, I would not have said he was my best friend, but much like I grew from kitchen table casual to [card]Dragon Fodder[/card] at sanctioned events under his wing our friendship expanded eventually leading to me spending Chinese New Year with his family in Indonesia. The story of my first Dark Ascension draft at a small LGS and that trip to Indonesia is a story for the next part of my [card]Otherworldly Journey[/card] playing MTG in the Middle Kingdom. 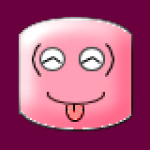