When a newborn Magic players opens her eyes for the first time, it’s difficult to not be overwhelmed with the price others will pay for multicolored cardboard.  If you read the title to this three-part mini-series, it’s obvious I’m not here to justify card prices or imply the financial requirement to play this game. I’m actually here to share how you can play whatever deck you want and grow your collection with minimal financial investment.

From 2011 (two weeks prior to the release of New Phyrexia) to present, I have only purchased Magic cards or related product (sleeves, binders, playmats) from selling cards, flipping collections, tournaments winnings,  and store credit . I call it “Magic money.” It can be used for anything. Regular money, on the other hand, is not available for buying Magic cards or related products. This game can be pretty addictive, so this self-imposed restriction is the reason why my collection isn’t extraordinary and why a roof is over my head and a car is in my driveway.  I share this story with the intent to help those who want to play the formats and the decks they want.

To understand where I am coming from, I’d like to start at the beginning. 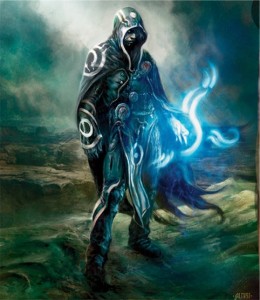 My journey begins in 2008.  Some friends I made in a website design class during high school introduced me to Magic.  Once or twice a week, we would pile in a car and drive to a small hole-in-the-wall card shop on the other side of Maryville, Tennessee, called The Bullpen (which is sadly no longer in business).  I used the loose change from my car to buy one Lorywn or Morningtide booster pack.  One day, the shop owner informed us we could buy a whole box of booster packs for somewhere around $80 and would be ideal if we really wanted a better chance to open a new type of card called a planeswalker.  I saved up my loose change for a whole month and bought a box of Shadowmoor.

To be honest, we had no earthly idea on how to play the game.  One guy in our group, who we called Bull, had “played” the longest and had a massive collection from stealing booster packs from Wal-Mart. We also had no reason to buy sleeves or deck boxes. How could these magical cards even have a financial value?  I mean, why use money on that stuff when you can just buy more cards? Am I right?!  After high school, I grew apart from that group of friends. My cards retired to shoe boxes and Pokemon-themed top-loader binders. 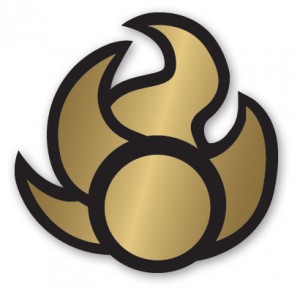 The first time I saw this symbol, I thought it was a meteor and the next set was going to be about aliens invading “Magic land”

During the Summer of 2011, my employer cut my weekly work hours in half.  To make ends meet, I dug out my Magic cards hoping a diamond in the rough would emerge.  I walked into Packard’s Movies and Games (also out of business for shady business practices), trusting the Magic “expert” would give me a fair offer for my collection.  While he thumbed through my boxes and binders, I glanced over and saw a few guys I went to high school with (not from the group I previously mentioned), Danny and Mitch.  They greeted me with confusion, saying, “I didn’t know you played Magic.” I filled them in on my brief adventures during my senior year and caught them up on my financial situation.  By that time, the store owner had totaled up my collection to $80 store credit or $40 cash.  Appalled by the gap, I said $40 cash seemed like a low blow.  Knowing $40 wouldn’t make a big difference in my troubles, I talked him up to $100 store credit and thought I could bring my mother by to pick out a movie she wanted at a later date.

On my way out, Danny ask if I wanted to sit down and watch them play.  With a few hours to burn before work, I obliged and quickly found out I had been playing the game all wrong!  I won’t embarrass myself with the ludacris rules we followed in my high school days, but I began understanding the game basics, just as Wizards of the Coast intended.  We traded numbers and the next week I preordered a box of New Phyrexia and participated in my first prerelease. This was back when everyone received six random booster backs and not some silly prerelease box of, “Here’s a half-built deck in your favorite color.”  I was completely decimated through the first couple rounds, but before the third round started, a few of the local players helped me get together a better deck and bombarded me why they changed what they changed. Before I left, a local player gave me the New Phyrexia poster the store used to advertise the new set.  I actually still have it. 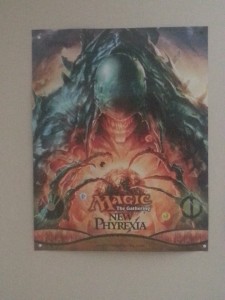 A local player won this poster by quickly knowing the creator of Magic: The Gathering. He sat next to me at my first prerelease and told me I would enjoy this more than he would.

I connected with a group of locals in the coming weeks and started playing with them after the shop closed.  I mostly listened and only asked questions when I was completely lost and couldn’t follow via context clues.  They all loved trading so I became fascinated in turning the cards I didn’t use into cards I could. 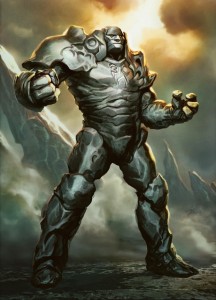 Karn was the planeswalker that jump started trading career.

With not a penny extra to my name, I realized the only way to continuously participate in a rotating format was to learn the art of trading.  I began studying card prices and asking the veteran players why a card I thought to be weak was pulling in big money.  They informed me of the competitive tournament circuit and I began correlating the cards being played with the prices they sold for.  I memorized the current Standard prices and checked the price changes every Sunday when websites updated their prices in alignment with the top decks of the previous weekend. 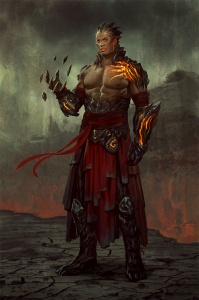 Currently my favorite planswalker of all time. Koth and Tezzeret joined forces to create my first “brew” that eventually helped me win a tournament.

I loaded up a Monster binder, I traded a [card]Karn Liberated[/card], and looked at every binder that came through the door.  I would place all my cards at Star City Games price and ask fellow traders what they wanted for theirs.  Basically, a gateway question to, “What do you value that at?”  In my head, if you didn’t know the value of your cards and gave me a lower value, then it was your own fault.  I know the value of all my cards, so why shouldn’t you?  I was trading [card]Koth of the Hammer[/card]s for [card]Jace, the Mind Sculptor[/card]s and consistently turned my rares and mythics from the latest set into format staples. I kept up with what people wanted and had it ready in the back of my binder for the next time they came in the store. I gave out my cell number so people could contact me if they needed a card.  For my effort and (eventually) speed, they rewarded me with a good deal in a trade or the full retail price in cash.

Next, I bought another binder.  I placed cards worth $10 or more and high-demand staples in one binder and the rest in the “shit” binder.  I observed that if players found a $20 card and a $5 card in the same binder, the $20 card was priority number one, therefore leaving me with low-priced cards in my binder and slim varieties in format staples. Not every binder I looked through had something I wanted.  If I just find something low value, then it’s a lot harder to trade when my trade partner is drooling over a card he couldn’t trade his whole binder for.

I know it sounds like I’m a prick, but these were my honest thoughts about how I was supposed to succeed in trading.  Though I have grown out of the cut-throat mindset, it was only till SCG Nashville 2014 that I felt my journey was complete on being the trader I desired all along.

Next week, I’ll start with that story, which I also told on Episode #89 of Brainstorm Brewery, along with both my correct and incorrect steps toward playing Magic for free.

@TNSGingerAle     -     Email     -     Articles Houston is the host and creator of Tap N Sac Podcast. He enjoys any format with a healthy community. He usually taps Mountains to have fun and taps Islands to win.
Previous Episode:
Forced Fruition Episode 10: Champion of Sacrifice
Next Episode:
The Spike Feed Episode 38 – The 19th-Century Gramaphone

2 comments on Playing Magic for Free #1: Catching the Cardboard Bug