Privileged Perspective 16 – Once More Unto The Breach

So today we are going to do something that we have never done before, and could theoretically never do again. Thanks to a conflux of semi-recent events, driven primarily by the new foreign card market, I am about to sign up for TCGplayer—and you’re going to go through it with me! Obviously this experiment is going to take more than a week to have quantified results, so we will see how far we get today and I’ll update you as appropriate.

AUTHOR’S WARNING: The proceeding segment is an extreme stream of consciousness, like the righteous Dream Theater track of the same name.

Okay, so the first thing I did was make a bunch of guacamole. Basically mash up some avocado, add taco seasoning, diced tomato trinity from the supermarket (not as good as pico, but way easier), and lime juice. Avocado is a super-food, which means you can eat way too much of it and not hate yourself for it! Any sort of gourmet sweet chili flavored chip will do nicely.

The next step was going to TCGplayer’s website. Down at the bottom of the home page appears to be the registration link.

Also, the USS Enterprise for some reason? How is that okay? Does CBS know about this? And I can only assume that the superhero figure is supposed to be my noted nemesis, Frank Lepore. Hang on, folks, it only gets worse from here.

Ugh, this is gonna be a while. So, did you watch the Oscars? [Editor’s note: No.] Yeah, me neither. Hey, how about [card]Whisperwood Elemental[/card]? I haven’t really talked about it on here, but I was starting to get psyched up about it on Reddit leading up to this weekend, and I guess everyone else figured it out too. A 4/4 for five mana (an easy-to-cast five to boot!) is a decent rate, and its ability is sort of in that EDH school of card advantage, where it’s an incremental gain that left unchecked can take over a game (but does little to nothing if stopped immediately). I say “EDH School” because traditionally things like rate and card advantage were only evaluated on an up-front basis—[card]Divination[/card] was two cards right now no matter what, while [card]Rhystic Study[/card] was maybe more than two cards later. Obviously both are better in certain formats, but this just highlights WOTC’s push to have interaction and development on the battlefield and not the stack.

Okay, so TCGplayer’s guy emailed me. Looks like he’s going to reset my password? As someone who got locked out of his university provided email account very often, this feels eerily familiar.

Hey, we got it! NO, I WON’T TELL YOU WHAT THE NEW PASSWORD IS.

No screenshots here because I’m filling in my info. Just look over there for a minute, okay? C’mon, don’t make this weird.

Ugh, bank stuff. I can’t have this just go to my PayPal account? I’m starting to really regret this.

Okay, now they need to verify my email AND phone? They want to either call or text me. Uh, text obviously. I’m a Millennial, we fear human interaction. We capitalize Millennial, right? Probably. Damn kids.

So now that they’ve texted me, taken a blood sample, and know my entire life story, we are finally able to start selling cards! First thing I’m going to add to the inventory is a promo Pernicious Deed, because why not?

Luckily, I was able to find it by sorting by rarity (they let you sort by all the different columns, which is nice. I appreciate that). Here’s the next problem though.

…I guess we are just gonna keep this one.

Okay, let’s get down to the real business and start listing some foreign cards! The first thing we are going to list is a JP foil Shrine of Piercing Vision.

So basically, we scrolled down until we found the listing (there are a lot!) and punched it in. Oh! I changed the shipping price too. It was on the front page of the selling page, it lets you set flat rates for everything. I’m also listing a JP non-foil Polukranos, a JP foil Seventh Edition Gravedigger (spicy!), an English foil Scourge Form of the Dragon, four Demon of Death’s Gate, a Russian Day of Judgment…

Okay, so it looks like I can only have ten cards listed at once, and I can’t move up to a higher level until I sell two things. I went ahead and dropped the quantity of those demons to three so I could throw up that Day of Judgment. Hopefully somebody buys something soon!

Okay, so I guess let’s just run this down to the buzzer.

I am fascinated to see what happens when this Duel Deck comes out on Friday. Elspeth’s price is still firmly in the $16 range, which is about as low as it’s ever been. The best probable corollary to her is [card]Jace, Architect of Thought[/card]—a Standard staple ‘walker that got the Duel Deck treatment last year. The spot that the arrow is pointing to is the exact date that the product was released.

Of course, I don’t think the Jace comparison paints the entire picture. While Jace was a four-of in Standard, he was only played in a few decks. Elspeth, while typically maxed at three copies or less, is played in a wider variety of archetypes. While I’m sure people bought the Jace decks just to own Jaces, they were still four [card]Sphinx’s Revelations[/card] and more away from playing most of the Jace decks in the format. Elspeth, on the other hand, casts a wider net.

This is also probably the best Duel Deck in terms of marquee names. Elspeth is a Standard powerhouse with Cube and Commander potential, and Kiora isn’t Tibalt. In actuality, I like Kiora a lot, and it’s a very popular seller in my store (my LGS, not the TCGplayer store we started just now). While I don’t expect either to make the jump to eternal (or “non-rotating”) Constructed events, they’re both individually powerful cards that will likely hold strong casual demand. Sadly for Kiora, I expect her value to plummet (perhaps more so than Elspeth) as she becomes the unwitting casualty of people tearing open these decks to load up on Elspeths. [card]Mother of Runes[/card] is about to outstrip its demand entirely, shy of the Urza’s Legacy/FNM foils.

I’m excited that we are getting more copies of [card]Decree of Justice[/card], because that card is very cool and neat. That was our best control finisher once! You kids don’t know how lucky you have it.

The [card]Explore[/card] art is great, and there are two in the deck, which is funny. I’m glad whoever designs these was also not bullish enough to only put two copies of [card]Accumulated Knowledge[/card] in the deck—that would have been unforgivable. Still, it needs an [card]Isochron Scepter[/card] to imprint one on…

Well, I’d say we’re about close enough for government work, so let’s close out this bad boy with some: 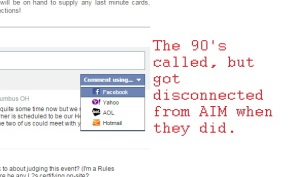 It’s like internet stratigraphy—it gets older as you go down! LOL HOTMAIL SUCKS.

2 comments on Privileged Perspective 16 – Once More Unto The Breach