Serum Visions – Things We Collaborate On

This week, WotC has announced that it is doing a set of “designer cards” with game designers from outside of Magic’s  R&D. This is a great opportunity to talk about an amazing part of the craft beer culture: collaboration beers [CB]. This is really exciting and quite timely because we just had the first Collaboration Beer Fest in March as a part of the Colorado Craft Beer Week.

There has been some pretty cool news on the mothership as of late regarding M15. This will be the set where we get the card that the community got to design: [card]Waste Not[/card]. It turns out that we are not the only ones from outside WotC that got to contribute to the design of this set.

There is a video of George Fan, the designer of the incredibly popular Plants vs Zombies, talking about how he was the one who designed [card]Genesis Hydra[/card]. It’s a pretty cool video—George talks about how he has been playing MTG since Revised and he had a mechanic in Plants vs Zombies, in initial testing, that was a direct inspiration from MTG. WotC got designers from some pretty big-name games to take part in their “designer cards” program, such as the creators of Penny Arcade, Minecraft, World of Warcraft, and Diablo 3, just to name a few.

Collaboration is a Beautiful Thing 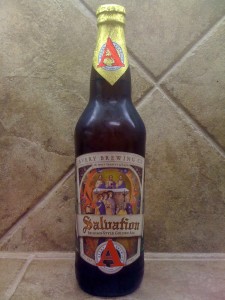 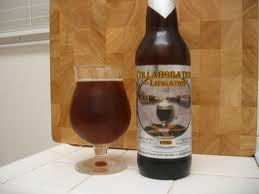 I’m not sure which was the first collaboration beer, but I can tell you which one really sparked the fire. The head brewers from Avery Brewing and Russian River Brewing, two very big names in the craft beer world, became friends. I’m sure it was over a beer that at some point they realized that they each had a belgian beer in their lineup called Salvation. In corporate America, this would have shattered the friendship instantly. They would have been on their phones, while still at the table, with their lawyers claiming they came up with it first and slapping each other with lawsuits before they finished the pint that was in front of them… Let’s thank God that didn’t happen! Instead of talking about who should give up the rights to the name, they decided to take an ecumenical approach to blend the beers. The name of the beer came from one of the the brewer’s wives who shouted, “We should call this “Collaboration, not Litigation Ale!” Two years later, they got together, took this idea, and made it big!

Just to be clear, this blending of beers is not the same as blending of wines. The two brewers sat together in a pub and discussed the highlights of each beer and then designed a recipe that would bring out the best of each of the two. This approach has now been adopted by enough brewers that there was, very recently, the first annual Collaboration Beer Festival in Denver.

Collaboration beers are such a natural evolution of the craft beer culture, I feel like the evolution itself needs a word. If we think about why many of us drink and love beer, the answer probably revolves around hangin’ with friends or meeting people. Almost all brewery owners started off as home brewers. Brewing is fun, but brewing with a company is more fun, and brewing with other brewers is way more fun! This is why I try to teach everyone I know how to brew. It was only a matter of time before the craft brewers of the world figured out that brewing with other brewers with other ideas is way more fun. Beer is fun, so the explosion of collaboration beers represents the furthest extension thus far of going out for beers with your friends.

When I say explosion of collaboration beers, I really mean explosion! Not ten years past the first big name CB do we have a festival with 37 different brews at it. The CB Beer fest was the headline event of the Colorado Craft Beer Week [CCBW]. It’s a nine-day event that features many of the breweries, brewpubs, and restaurants involved in the Colorado craft beer scene. This will be the first time in the history of CCBW that they will have breweries from outside of the state participating. There is actually one beer that had five different breweries collaborating on it. Does the final product taste any different than if it had only been four breweries? Maybe, maybe not, who cares?! It was a bunch of brewers getting together, hangin’ out, and doing something. It just so happens that they get to make awesome beer while they are hangin’, and we get to buy and drink it! 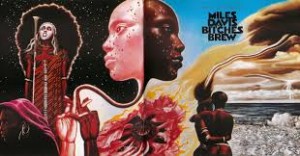 Collaborations do not just happen between breweries though. The most visible example of this is Bitches Brew, done by Dogfish Head. In the television show Brew Masters, a reality TV show that features the day-to-day of this brewery, Sam Calgioni got a call from Sony Music to make a beer for the 40th anniversary release of Miles Davis’s hugely influential album Bitches Brew. Bitches Brew introduced the fusion of electronic elements into the jazz idiom. It is widely acknowledged as the first fusion album. After seeing Jimmy Hendrix play, Miles took the instruments of the white rock and roll culture and blended them into the predominately black culture of jazz, creating fusion. This is the inspiration that Sony asked of Sam. Sam ended up blending a black imperial stout and a honey beer with gesho root. Sam actually wrote part of his business plan while listening to this album because it is what he wanted his brewery to be: different from everything that came before. They say nothing is new under the sun…Miles and Sam would disagree.

Collaboration beers don’t stop here, though. There is a brewery up here in Canada called Flying Monkeys that did a chocolate stout with the band Bare Naked Ladies. They collaborated to make an imperial chocolate stout to kick off their Symphony Barenaked tour that was about to start. Another collaboration that is happening right now is between the New Belgium Brewery and the work-wear company Carhartt. Carhartt has been making high-quality work-wear for 125 years and they decided to celebrate by being part of the design of a beer. Honestly, it’s part good marketing to jump on the booming craft beer collaboration movement. However, they also get to be a part of making beer with a company that shares their values in high quality products for craftsmen.

The trend that craft beer has been following lately has been of exponential growth. I see no reason why this trend should not cross over to collaboration beers. Keep your eye out for multiple logos on beers at you local beer store and be excited to pick them up and learn about what new thing is happening. This is an exciting time in the beer world!

This week, there is no particular style to go out and explore. Go to your nearest liquor store and ask to see some collaboration beers. There is pretty good chance that you’ll find one. If the CB is a stout, see if you can find a stout by one (or both) of the breweries that participated in the CB. Take them home and do a side by side comparison between them and see what differences you can find.

P.S. If you are in the Greater Toronto Area in September and want to learn to brew, hit me up. You can find me on Twitter at @awcolman.