The Staple Binder – Making the Most of Your Collection 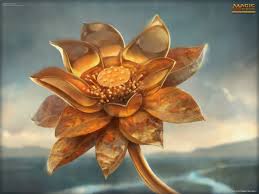 This past week, @seantabares and @andyhullbone, the guys at The Commander’s Brew podcast talked about a really cool idea that I believe many kitchen table players could benefit from thinking about.  That idea is the staple binder (Episode 22). A staple binder isn’t necessarily a binder with plastic card protector sheets. It is simply a collection of cards that are moved back and forth between decks, designed to reduce the cost of building new decks.

It’s easy to lose track of what your money is worth when buying Magic cards on the secondary market. Most gamers grimace when forking over $50 for a new board game with tons of miniatures, new rules, a board, dice, and even set pieces including furniture! An entire Settlers of Catan game is less than $40 and can be used by multiple people for endless hours of fun. $50 for any Magic deck is considered budget, and is the line that The Commander’s Brew uses when making new budget EDH decks. In order to keep the money from hemorrhaging to the point of wallet-death, the guys at @commandersbrew propose sharing cards between decks and to organize them into a a personal set called the staple binder. Well, I am not one hundred percent sure that they came up with the idea, but I can’t find reference to it anywhere else, so I am giving them the credit. Let me also say that I love this idea, and I am reorganizing all eight of my EDH decks with a staple binder per their suggestion. I’d like to tell you why. To get started with a staple binder, use your tappedout or deckbox lists to identify all the shared cards between your EDH decks that cost $1 or more. Make a list of these cards (staples) for each deck. Pull all of those cards from those decks, and place one copy of each into a box or binder (Staple Binder). Be sure to organize that box/binder in whatever way makes it easiest for you to pull and return the cards quickly. Before each game of Magic, check the list of staples in the deck you wish to play. Pull the staples from the Staple Binder and add them to the deck. Play Magic. After the game, check the list again and remove all of the staples from the deck and put them back into the binder. It’s that simple. It takes between two to five minutes to pull and switch staples to switch decks.

To make the staple binder more convenient, you can sleeve all of your decks with the same color and style sleeves so you don’t have to sleeve and unsleeve your staples. This seems like a no-brainer, but if you are the type that likes your sleeves to match your deck’s theme, this might be a tough pill to swallow. It is also an initial cost to setting up the staple binder that should be cosidered when determining if a staple binder is right for you. You can organize your staples in a box or binder depending on your preferences. The guys at @commandersbrew also recommend to keep a card-sized list of staples with each deck to easily identify the staples needed for each deck. This reduces the time you need to swap staples between decks.

Having a staple binder allows me to make new decks for far cheaper than I could previously. I included all of the fetches, shock-lands, temples, tri-lands, and other utility lands in my staple binder. I’ve included many of the artifact ramp cards like [card]Gilded Lotus[/card], [card]Sol Ring[/card], [card]Chromatic Lantern[/card], and the signets. Commander keepers like [card]Lightning Greaves[/card] and [card]Swiftfoot Boots[/card] are also in the binder. Granted, each of these cards isn’t that expensive, but added up, they can be $100 or more for each new deck. With a staple binder, I just use the same copy for each new deck, and that allows me to either save money on each deck or spend a little more on the cards that make each deck special.

The cards that my decks share currently make up approximately $1,700. If I sold the extra copies of those cards for 50% market value right now, I could recoup $500! I’d like to turn my extra copies into Zendikar fetches or other cards for my decks, both new staples and cards that go in just one deck.

One of the best bonuses to having a staple binder is that when considering whether to buy an expensive card to add to a Commander deck, I know that I can include it in more than one deck with just the one copy! That makes purchasing things like old dual lands or modern staples more enticing and makes multiple decks better with just one card.

Be Aware of the Potential Drawbacks

The guys in my playgroup are open to the idea of using a staple binder, but they are leery of some of the negatives. First, once you have a staple binder, your decks might start to look more and more like one another. The other side to this is that you can make new decks more cheaply and that will encourage more diversity in a particular playgroup. If you find that the games get predictable because the cards in play tend to be the same no matter what decks are being played, it’s time to have a conversation with your group about setting ground rules for the staple binder. You can limit the number of cards that can be used from the staple binder in each deck or limit the number of decks that any particular staple can be included in. There are options to use the staple binder responsibly. No one wants all the games to look the same.

Second, If you can include the “best cards” in every deck, why wouldn’t you? Won’t the power level of everyone’s deck get out of control? I don’t think this will be a problem with my group because we check each other pretty regularly about the 75% rule. If a deck feels too overpowering or oppressive, we talk about it and the pilot takes a little off the throttle. I don’t think that the staple binder will change that for us, but for other groups this may be a problem to look out for. There is a hidden benefit here as well. One of the worst feelings in EDH is getting mana screwed. If you are able to play better lands because you only need one of each for all your decks, you are less likely to have this feeling. If everyone plays better lands, then everyone gets to play more Magic, which is generally good for all.

If you want to transform your extra cards into playable decks and increase the deck-diversity of your playgroup, introduce the idea of a staple binder. I plan to post again on the Brew after my group has adopted it for a few months to see any additional benefits or drawbacks, so check back to see the update. If you have any suggestions of cards you would include in your staple binder, post them in the comments.

David has been an on and off Magic player since the very 1st set back in 1993. He is an active card trader on PucaTrade and Deckbox under the name Rheebus, a name he used for 7 years on Dungeons and Dragons Online. He produced the longest-running segment to DDOCast called Rheebus the Rogue's Top Ten, and now aspires to contribute actively to the Magic community through writing.
Previous Episode:
It’s Not Easy Being Green: The Non Blue Alternatives in Legacy
Next Episode:
Brainstorm Brewery #176 – 2015 Year in Review