Welcome back, brewers. Today we are going to take a step back from Constructed, at least until the new set comes out, and take a look at Limited. Playing Limited Magic is as fun as it is rewarding. Building your deck is very challenging and playing against a wide variety of different cards offers up its own set of challenges.

But drafting takes several people getting together to pull off. You need at least four people, and with that few, those drafts often aren’t very fun. With four people, you get to see each pack multiple times so you can strategize in a way that you normally wouldn’t be able to. Drafting team-style with six people is awesome and lets you cheer for your teammates. And then we have the normal style, where you play with eight people. But what do you do if you, like me, have no friends?

Often times, you will be in the mood to draft and you don’t have many other people near. This happens a lot less than when I started college as Magic Online has grown out of control, but maybe you don’t have any money for online packs.

Side note: Make a Magic cube. They are awesome. You get to play with the most powerful Magic cards. You get to play with interactions that you wouldn’t get to play with in any other format. The other night, I cast a turn-one [card]Thundermaw Hellkite[/card] off of [card]Black Lotus[/card]. This is also a way to draft and play Limited Magic over and over again without having to buy new packs. It is worth the investment. 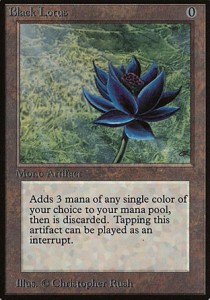 Okay, let’s get back to you not having any friends. You’ll need to find at least one, because today we are going to go over three different ways to draft with only two people.

Side note: I have been playing these formats for a long time and I don’t actually know what they are called now, as I’m sure at one point they were differently named at one point. Also, I did not invent them. I just love them. If you know the names, let everyone know in the comments.

All right. First up is the [card]Fact or Fiction[/card] format. Here’s what you do: shuffle up six packs in to one giant pile. You can use packs from any set, but again, I love to do all these formats using my cube. The first player will reveal the top five cards from the community pile. They will separate the five cards into two piles. The other player will choose which pile to add to their drafted cards. Then the other person will get a chance to reveal five cards and separate them into two piles. Each player will alternately reveal five cards until all the cards are drafted. 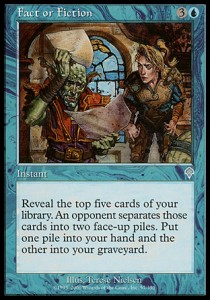 This is a very skill-intensive way to draft. There is a lot of known information because you get to see all the cards that are drafted. You will know what colors your opponent is and you will know what overpowered cards they have. Let’s say we are drafting with my powered cube. I flip up [card]Jace, the Mind Sculptor[/card], [card]Bloodbraid Elf[/card], [card]Lightning Bolt[/card], [card]Doom Blade[/card], and [card]Skullclamp[/card]. Our opponent is playing a UW control deck. We know that Jace is so powerful that we can probably put it in a pile by itself and it will be taken. Other times you can try to get your opponent to take a pile by incentivizing them with a sweet offer. Again, because the cards are revealed, you can really put some skill into how you draft.

Next up is the Binder Page format, called so because the layout look like cards in a binder page. In this style of drafting you will again take six packs and make one giant stack of cards. This time you will take nine cards and lay them in a three by three grid face up by without predetermining the order. This time each player will go back and forth drafting a row or a column from among the nine cards until all cards are gone. Then repeat the process until all cards are drafted.

Again, all the card information is seen in this format, so you can draft based on what your opponent is doing. This format is relatively easy and fun to play. Drafting cards this way can lead to some unreal cards combinations being drafted at one time. One person is always going to draft the first three cards of the nine, but after that who knows. Are you going to take a column of three cards and let your opponent take the last three cards? Maybe there is a two-card row you would rather take instead.

The last format is Winston Draft. This format takes a little bit longer to explain and is also a little bit more luck-based. Again, shuffle up six packs into one large community stack. Place one card in each of three different piles. Each person, during his or her turn, will look at the first pile. If they want that card they draft it and replace it with a face down card from the stack. If they don’t want it, they will put it back and they will add another face down card from the stack to that pile. If they put the pile back they will move onto the next pile repeating the same actions. If they draft a pile, it’s the other person’s turn. If they go through all three packs and don’t draft one, they will take a random card off the stack and add it to their deck. Keep going until all the cards are drafted. It’s also important to note that you will draft all the cards from each pile not just one of them. 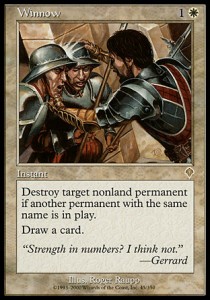 In this style, not all the information is known. It is also possible that one person might get lucky and get all the good cards because the other person put them face down.

Sometimes You Just Want to Draft with Two People

I personally enjoy drafting each of these different ways. I do it with my cube all the time when I’m just hanging out with one other person or while we are waiting for a group to show up and draft normally. Because you are only playing with two people, the drafting portion is very quick. This style of drafting is perfect for when you are sick of a mono-black and mono-blue Standard (I can’t wait for rotation). Or just want to bust open some prize backs but hate to just open them. Try these formats out. I’m sure you will like them too.

@RyanArcherMTG     -     Email     -     Articles Ryan Archer is a PTQ grinder and a Magic financier. When he's not making top eight in a tournament or looking for the next card to spike, he's playtesting as a member of Team RIW or writing articles for BrainstormBrewery.com or MTGinfosource.com
Previous Episode:
Pitt Imps Podcast #87 Best Of Khans, Kinda Sorta
Next Episode:
Conjured Currency #32: Organization Nation