Why Linear Decks are Not a Bad Thing. 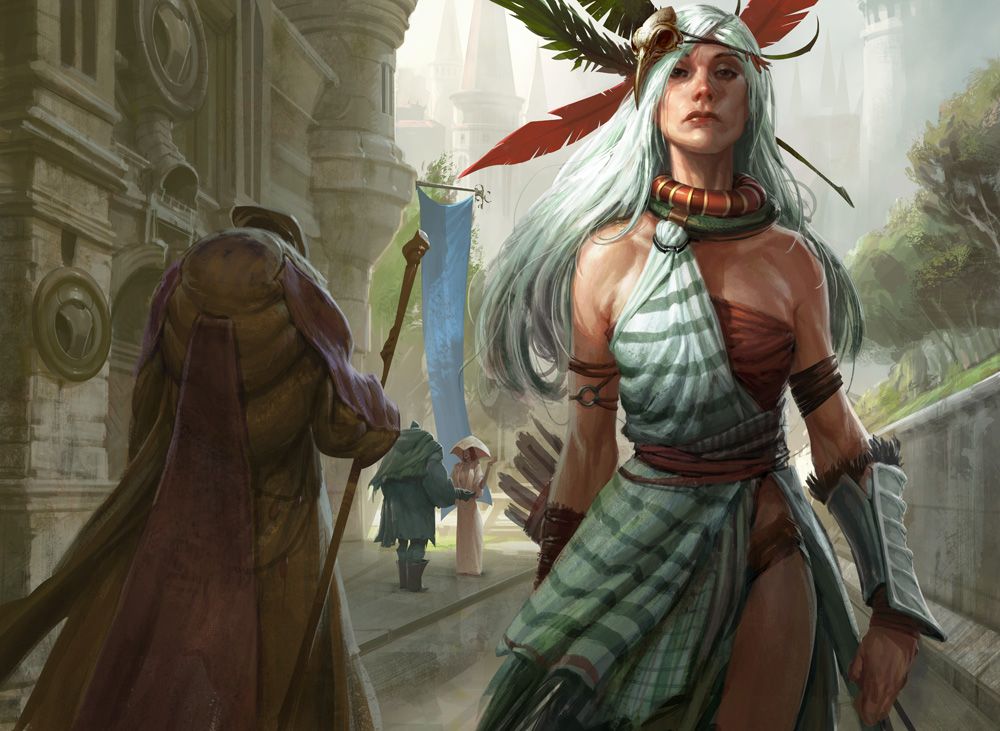 Splinter Twin got banned, Summer Bloom got banned, players raged at the world, at their family, at their lives, but mostly they just raged. I feel it was a net positive for the Modern format to grow and adapt. I think unbans should have occurred with [card]Bloodbraid Elf[/card] and [card]Ancestral Visions[/card] but thats not what I want to get into today.

Its been awhile since I’ve had the itch to write but I’ve been seeing this argument for a long time and nobody is stepping up to support the idea of linear decks in Modern being a net positive. the Merriam-Webster definition which I assume is a good source because its pretty high up on google is “a (1) :  of, relating to, resembling, or having a graph that is a line and especially a straight line :  straight (2) :  involving a single dimension” The part pertaining to Modern is latter half that speaks about a single dimension. A term I like to use when describing my decks and something I look for in a deck is elasticity. I want a deck that can hit the ground running but stretch itself in the late game to get the most out of its cards. This is why I gravitate towards midrange decks like Jund and Big Zoo or more aggressive combos like Grishoalbrand. The main culprits that fall into the category of linear are as follows in no particular order.

In this list we do have some of the big players in the format but half of them are combo decks which help differentiate the format from being a midrangefest like standard and the other half are the hyper aggressive decks that are here to keep us honest. Overall this list holds only a 30% of market share of the format.

Outside of Bogles which is just dudes with pants and Burn which is just angry people throwing fire at stuff, all of these decks contain a certain amount of the elasticity that I look for during deck building. Affinity has the tools to slog through a [card]Stony Silence[/card] with cards like [card]Ghirapur Aether Grid[/card] or [card]Etched Champion[/card], Ad Nauseam can just punch you with a [card]Grave Titan[/card], Grishoalbrand can attack you with a 15/15 Wurm, and Infect moves to a more conservative tempo based attack.

Why is it bad to be linear?

Seriously why is it a bad thing? The goal in a game of Magic in its broadest sense is to win the game. There are those amazing games out there with a beautiful give and take from both sides that usually end in a savage top deck causing a memorable end for all parties involved. These games feel great to play every now and then but they are exhausting. If the goal of your deck is to be as efficient as possible to help you win a long tournament you can’t let these epic games happen. You need to be tight and go for the jugular. The argument against this is that the long drawn out games allow people to leverage their superior play skill to beat their opponents into submission. This may be true in formats like Legacy which I don’t play and hold no knowledge on or some standard formats but for as long as I have played Modern it has been about metagaming, deckbuilding and sideboarding.

This is the thing that I encounter the most outrage on and I feel like people think that It’s not okay to have dedicated hate cards. In large formats we need to keep the degenerate decks in check somehow. We need a strong push and pull and sideboarding is the best way to do that in Modern. Just because this hasn’t been the norm in Magic before doesn’t make it wrong. I have heard the arguments for Force of Will but I think our free counterspells in [card]Pact of Negation[/card] and [card]Disrupting Shoal[/card] provide solid options for different types of shells although I would love to see [card]Misdirection[/card] make an appearance in the format I will leave that for another article. Overall our hate cards are just as powerful as our synergies, Stony Silence for Affinity, Rest in Peace for Grishoalbrand, Rule of Law for Ad Nauseam and Storm, Night of Souls Betrayal for Infect, etc. Our format is strong but there is a tool to deal with everything if you try and look hard enough.

Without linear decks in our format the great Eldrazi Menace will start to lurk in our top 16s and Tron will step into the limelight. We need them to keep the big mana threats down and keep the format in its rock, paper, scissors state. Linear decks are the real glue that holds Modern together so it really isn’t that bad to be linear. People will bring strong synergistic decks to the table and you need to be prepared to break their synergy. Every deck is capable of packing some hate cards and ways to fight the hate which include alternative win conditions but a good old punch to the face and a kick below the belt is what keeps Modern honest and out of the hands of the big mana decks.

In the next week or so I hope to get a write up of my new Grishoalbrand and Zoo lists put together as well as an article about my ideal Modern format. Thanks for reading and I hope this helped provide an insight into linear strategies being a good thing for Modern.

I am a full time student at Hampshire College and a Modern format specialist. I have been playing Big Zoo since the unbanning of Wild Nacatl. I hope you enjoy my writing and through it I can help us all improve and people and players in the Magic community.
Previous Episode:
Brainstorm Brewery #181 – What Do You Call eBay in Canada?
Next Episode:
Nothing but Value: An Introduction to Ephara, God of the Polis

One comment on “Why Linear Decks are Not a Bad Thing.”