All Magic Has a Price – #2 – Supporting the Local Card Shop

All Magic Has a Price
J. Graves
Tampa, FL

Thanks for all the wonderful feedback on the first issue of All Magic Has a Price. I appreciate each comment. Toward the end of this article, I will talk about my thoughts on last week’s mailbag question. I have had an opportunity to think about the opinions shared in the comments and to formulate my own. Like last time, unless otherwise stated, all values referenced below represent true-cost value. The MTG economy is fluid. All true-cost values can and will change. True-cost value is arbitrary, and is best determined with a little research on eBay.

I thought I was a good Magic: The Gathering player. I could beat my buddies in our multiplayer kitchen table games. [card]Circle of Protection: Red[/card] with [card]Inferno[/card] and [card]Orcish Artillery[/card]. How cool was I? I took my best deck to the card shop, because I was taking this pro, baby.

go. I sat there mouth gaping open thinking, Holy %$^% what just happened? No more than four turns later I hear, “Sideboard?” Besides thinking “What the hell is sideboard?” I remember coming to the realization I was not as good at this game as I thought.

Fast forward about three to five years, and a shift occurs. The card shop becomes an important thing. Now instead of going exclusively to play in tournaments, the card shop is a mecca for meeting Magic players. A Magic community is forming. Most of my friends play MTG, and I met most of them at the card shop. The game is being honed; drafts are more prevalent but still young. This is a golden age for Magic: The Gathering.

When evaluating purchases using the true-cost method, examining the last 10 auctions on eBay or the low on TCG Player is prudent; however, the card shop should not be forgotten in the process.

One way I have been successful at continuing to support my local card shop while focusing on minimizing the true cost of playing Magic is by checking each card I’m considering purchasing on the local card shop’s website to see if it has a similar or better price than the true-cost value. For example, I wanted four [card]Sulfur Springs[/card] for whatever American net deck I wanted to play. I looked up the cards on eBay, and I found a playset going for $16 true cost. Before I bid, I checked my local card shop’s website, Anthem Games in Tampa, FL. Anthem had the [card]Sulfur Springs[/card] for $5 apiece. I decided to buy the cards from Anthem. I spent an extra $4, but I picked up the cards immediately.

Opportunity Cost – The cost of an alternative that must be forgone in order to pursue a certain action. Put another way, the benefits you could have received by taking an alternative action.

This begs the question of whether the opportunity cost is equal to or greater than the actual cost. In other words, was having the cards four to six days earlier and supporting the local shop worth spending the extra $4? The [card]Sulfur Springs[/card] are only one example of many.

Another way to support the local card shop is to utilize the additional services the shop offers. Buy all your gaming supplies from the card shop. Wal-Mart might be cheaper, but the premium paid on money spent at the local card shop will produce a higher return on your investment. Also, if the card shop has food and drinks, buy them there instead of going to 7-Eleven. If the shop offers meals, plan to eat while at the shop. You have to eat, right? Uncommon and common cards can be purchased cheaply and without the need to wait for the mail.

So considering it this way, the $4 extra dollars I spent on the [card]Sulfur Springs[/card] is among the best money I have spent. Chock the extra dollars to entertainment and supporting the MTG community. Hopefully our shop owners are making a profit, because they’re providing us a place to play the game and meet other players. Every dollar one can justify spending at a local card shop is an investment in one’s local MTG community. Whenever it is prudent, I try to purchase items from a local store, and if the local card shop doesn’t have the inventory, only then might I decide to purchase online.

I have not been playing much Limited recently because I’ve had the Standard bug. Thus, I am not as up to date on the current archetypes in Theros. But recently, I had an urge to draft. An overwhelming urge that could only be squelched by cracking a pack. Hearing that foil crinkle as I ripped a pack open to reach the nummy goodness inside was the only thing that could relieve the hunger. I exaggerate, but I do enjoy it.

I get in a draft and the judge says, “Open your first pack”. Cracking the pack, I rifle to the back to see what awesomeness was awaiting me, and the pack did not disappoint. [card]Thassa, God of the Sea[/card], sweet.

That paid for the draft. After the first pick, I am at $12.75 in true cost. I know that I am going to be playing blue. I notice the guy next to me is also picking blue. I grab a [card]Nylea’s Emissary[/card] as my fourth pick. I believe the two people in front of me are not in green. The first pack continues around the table, and I assemble what I think is a decent blue/green start. I do not know the format well, but MTG is MTG. Playable creatures, a good curve, and whatever removal or tricks one can grab will always result in a decent deck.

Third pack, I opened [card]Triad of Fates[/card]. I did not know the true cost or value of this card, but after reading the card I judged it to be terrible. Later I saw that [card]Triad of Fates[/card] is 19 cents. I evaluated correctly. I picked a [card]Griptide[/card], and late in the pack I picked up two [card]Nimbus Naiad[/card]s. I finished with a decent blue-green deck with a good curve and lots of Bestow.

I went 3-1. I lost the last match because it was an 11-man pod and I was the only 3-0. Otherwise, I most likely would have split. Fortunately, I still won the draft because of tie breakers, and I received seven packs.

Between the draft cards and the prize packs, I ended up with cards worth a true-cost value of $37. All this for playing a game for three hours – doesn’t sound like a bad use of one’s time.

I played the next Wednesday and went 2-1. I placed fourth and received one pack. I picked a scry land in the draft, and I had a [card]Firedrinker Satyr[/card] in the prize pack. In this case, I spent $12 and received $4 in true-cost value. But think of it this way: a movie costs $11 dollars. Magic: The Gathering is substantially more fun, and only $8 was spent in true cash value.

We go to the shop to play some cards. We buy the packs to have some fun. We play to win the game.

Scrying my eyes out

Saying “[card]Taiga[/card], [card]Kird Ape[/card], go” is one of my favorite memories of MTG. Having the right mana is important in a game of Magic: The Gathering.

In order to build good decks for Standard, a healthy mana base is a good place to start. Knowing that scry lands will be legal in Standard until October 2015, purchasing a playset of the Theros scry lands will give high value per dollar spent. I have purchased my playsets. At under $4 apiece, there is little risk in the price declining, and there’s a chance the scry lands spike after rotation.

Of the top decks on TCG Player, two of the top-ten decks are mono-color. Mono-blue is a great deck at the moment, but who knows if it will hold up? Mono-red is, and will always be, a thing. [card]Burning Earth[/card] is a concern, but is not in a lot of sideboards. When I played with [card]Burning Earth[/card], it was clunky, and most of the time I would have preferred to have the card I sided out. Besides these two decks, to be competitive in standard, one will want to have a playset of the Theros scry lands.

From the comments of my previous article All Magic Has a Price:

Garrett – “I personally buy from my local shop i know i can get it online for 20% cheaper. I personally like that im supporting a shop that supports the community.”

Garrett, this is the right thing to do. If one is able to afford purchasing cards at one’s local card shop, the community thanks him or her for it. If one likes to shop and enjoys purchasing cards, he or she will have the cards immediately with which to play.

I enjoy buying (and somewhat selling) cards. I limit myself to $25 per week to buy cards and play one or two drafts. I attempt to retain value in what I do choose to purchase. For me, the financial part of MTG is almost as fun as playing the game.

Garrett, I appreciate your commitment to your local card shop and to the MTG community.

I do not agree Voice will not lose all value after rotation; however, believing that Voice will fare as well as [card]Snapcaster Mage[/card] is difficult. Snapcaster is being sold $17 true cost. Even If Voice does as well as Snapcaster, one stands to lose $30-50 for a playset in true-cost value for only five to ten months of Standard play. Justin suggested a more apt comparison is [card]Geist of Saint Traft[/card]. Geist sells for $12.50 true cost.

Thanks for all the wonderful input.

Before anyone asks, no, I am not an employee or an owner of Anthem Games in Tampa, FL. I like to rep the people who provide me with value.

Now is a good time to buy Theros cards. One will have the most use of the card, and the price of the cards are stabilizing after release.

The week’s question is:

What value-priced card available in Theros do you believe will see play over the next 18-20 months?

All one needs to add a comment is an email address and a name. If you have those two things, please take the time to give your thoughts on the mailbag question or anything else. Without you, this will not be a success, and my mom will be disappointed. You don’t want my mom to be disappointed, do you? So my mom doesn’t get mad, please leave comments below. 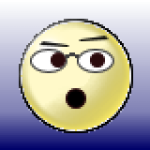 @jwgravesFL     -     Email     -     Articles J.W. is 42 years old and is married with an 18-year-old son. He is a tax accountant for a Big Four accounting firm, and has degrees in accounting and business management. He is currently a student at the University of South Florida for an IT information architecture degree.
Previous Episode:
MtG After Hours #3 – Two Birds, One Stone
Next Episode:
Anthony Capece – Anatomy of a Spike