Editor’s note: We here at Brainstorm Brewery are taking the holiday off. Enjoy the below article from earlier this year and have a great holiday!

I’d like to discuss the rise in price of Modern staples over the past few years and why I believe that more recently printed Modern staples – [card]Deathrite Shaman[/card] and [card]Thoughtseize[/card], for example – might actually be traps.

Let’s start here: “Past performance does not indicate future results.”

It’s one of those nuggets of investing wisdom that you’ve heard a thousand times, but how does it apply to Modern cards? What we’re saying here is that the factors that caused an investment to be good or bad in the past (in this case referring to the huge spike in Modern prices) may or may not remain in place going forward. If they do, we can expect similar results. If they don’t, we can’t. So let’s talk about the factors that contributed $130 [card]Tarmogoyf[/card]s and the like.

First, take a look at what has happened to the Magic: The Gathering player base over the past several years. Hasbro said in their 2012 annual report that the player base stood at 3.3 million, and that Magic had seen 25%+ annual growth in revenues for four years in a row. We can make a few assumptions here, understanding that these numbers are inexact and only intended to put us in the ballpark. If you run 25% growth backward, here is what the player base would have looked like each year (in millions):

Hasbro has already said that 2013 continued on this trajectory, so today we might be looking at something like 4.1 million Magic players. Think about these numbers for a minute. There are 1.5 million players who have picked up the game since Innistrad, which just left Standard. That was almost the entire player base during Zendikar block! If 2014 continues on this pace, we’ll add a million more – staggering.

The next assumption I’m going to make is that Wizards is scaling their print runs according to these increases. Again, it may not be perfect, but I think it’s reasonable to assume that they are printing at least 25%-30% more cards each year to meet the demand from new players. I certainly haven’t heard about a shortage in booster packs.

Check out this chart to illustrate. Warning – we’re switching to MTGO. I understand that paper is different, but I’m using MTGO to make a point about supply. Looking at mtggoldfish.com, I chose a series of Modern staples – one rare from each block – that all see a similar level of play (dominance ratings of 16-22%) and plotted their prices. These are some of the most played cards in Modern, and the goal here is to fix demand so we can see how supply, on its own, affects price. There is a hole where the Shards staple should be because it doesn’t exist.

Looks a little bit like the inverse of this graph of the player base, doesn’t it?

I know some of these cards see play in Legacy and that clouds the picture somewhat, but Legacy has a small effect on MTGO ([card]Stoneforge Mystic[/card] is 1.3 tix and [card]Jace, the Mind Sculptor[/card] is 25% of his paper price). I used the price of [card]Thoughtseize[/card] from just before it was announced in Theros, but all other prices are current. I think the chart illustrates the point very well: Modern staples show a clear downward trend in price online as you move forward in time.

If demand for each of these cards is about the same on MTGO, the differences in price are necessarily caused by supply. There are just way, way more Snapcasters and Deathrites out there than there are [card]Tarmogoyf[/card]s (obviously the Modern Masters reprint added very little supply). I think everyone knows that but I don’t think everyone understands the magnitude and what it means going forward.

Modern staples like [card]Tarmogoyf[/card] and Modern staples like [card]Deathrite Shaman[/card] are just not comparable financially. If you are looking at Deathrite and thinking that it will follow [card]Tarmogoyf[/card]’s trajectory because they see similar levels of play in Modern (and Legacy), think again. There could be as many as three Deathrites for each ‘Goyf in existence. We should be comparing [card]Deathrite Shaman[/card] to [card]Kitchen Finks[/card] instead.

Let’s go back to what I said at the beginning of this article – past performance does not indicate future results. If you think that Snapcaster and Deathrite are going to follow the same trajectory as [card]Tarmogoyf[/card] and (pre-reprint) [card]Thoughtseize[/card], that means you think that the player base will keep increasing at 25% per year for several more years. That is what caused the initial climb, and that is what will have to happen again for new cards to climb in the same way.

The bad news is that the growth of the player base is going to level off. It’s not a matter of “if” but “when.” No business can grow at 25% annually forever, and Magic is no exception. I don’t know when it will happen, but stringing together four years of 25% growth is already a great feat. I will not be surprised if it continues for another couple of years. I will not be surprised if it cools off next year. I will be surprised if it continues for many more years. That would bring us to ten million players in four years. It would mean adding 2+ million players between years three and four of that run (2017), which was almost the entire player base during Scars of Mirrodin. That is a lot of Magic players.

When (not if) we enter this cooling-off period, the most recent blocks are going to be in massive supply compared to past sets. The player base will not grow fast enough to make them scarce the way Zendikar fetchlands or Future Sight [card]Tarmogoyf[/card]s are scarce today. If you are holding a box of $15 Theros [card]Thoughtseize[/card]s that you are holding for when they go back up to $50, just understand that we need to double the number of Magic players on Earth first. Go ask Jason Alt about bagholders – and try to recruit some new players on the way, because we need them.

Magic financiers spend a lot of time trying to understand demand. We research formats, evaluate cards, and on and on. But that’s only half the equation. If you put the same focus on supply, you realize that we are going to be drowning in Theros cards by the end of the block. It’s going to take years of strong growth for demand to get to the point where [card]Thoughtseize[/card] can recover. After all, it’s probably about as rare as [card]Inquisition of Kozilek[/card] at this point.

There are already hints of the oversupply of more recent sets if you look. Scars of Mirrodin block was printed right in the middle of the player-base explosion. People keep wondering why the Scars fastlands aren’t jumping, even though they see play in Modern. [card]Birthing Pod[/card] is one of the most dominant decks in Modern but you can still buy them for $4 on TCG Player. We keep waiting for the spike, but I no longer look at that as a sure thing. Maybe there are enough [card]Birthing Pod[/card]s to go around. I’ll be watching these cards closely, along with [card]Snapcaster Mage[/card] and [card]Deathrite Shaman[/card], when Modern season hits.

To be clear, I’m not saying that growth is slowing. I’m saying that when it does, whatever the recent sets are at the time will be in huge supply. No matter how much those cards are played in Modern, they will never reach the heights that we have seen in the past.

Now, don’t fret. It doesn’t mean there isn’t money to be made. You may have noticed that I’ve mentioned large-set rares almost exclusively. The mythic rarity certainly changes things, as do small sets and core sets, and of course we can always spec on older cards. I’ll go into more detail on this topic in my next article. 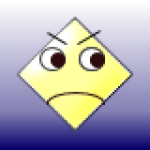 3 comments on Anthony Capece – Rare is the New Uncommon