Welcome back! I’m going to preface this week’s rant by mentioning that there’s a low likelihood of Magic finance material ahead. If you’re here solely for your weekly dose of new tips on collection buying, buylisting, or value trading, you’ll probably have to wait until next week. To be completely honest, I’m not 100-percent sure of what lies ahead in this week’s article. I have a general idea or theme that I want to stick to, but for the most part I just plan on letting my mind and fingers wander onto the page. I hate wasting other people’s time, so I wanted to get that out of the way in advance. If you’re interested in reading about my life and thinking about your own for a bit, I welcome you along for the ride. If not, I hold no resentment.

Last Week, Corbin “B Dubs” Hosler managed to way to sneak into my residence hall room from halfway across the continent, and steal my article idea for this week that had been sitting on a Post-It note on my desk. I too had been pondering that specific Gavin Verhey article from three years ago, thinking a lot about how my life had been lead up to this point, and where I would be going into the future. I wasn’t en route to Hawaii for the Pro Tour, but I’ve been having unusual success with the whole “Magic Finance as a primary source of income as a college student” throughout this semester, and it got me thinking about my current life circumstances.

Throughout the majority of my high school life, I was more focused on Magic: The Gathering than actual schoolwork. Friday classes were something to be tuned out while I scribbled updates to decklists in my notebook, or goldfished opening hands on my iPod. Study halls were a time to get on the computer and lose myself in spoilers for the next set. My goals and aspirations of reaching the Pro Tour one day were more concrete than the decision of what college I would be attending. I was 200-percent confident that since I could beat people who were twice my age at FNM, I would make my mark on the competitive scene without much trouble at all. I knew I wanted to make it on the Pro Tour, and be a psychology major while in college. I had the perfect battle plan, no need to remind me. 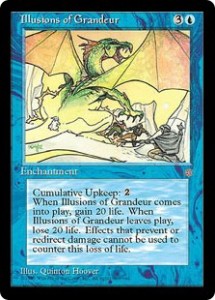 Believe it or not, that didn’t happen. Without a car, driver’s licence, or monetary capability to have whatever deck I wanted at a moment’s notice, I was relegated to grinding FNMs for my high school life. I took the chance to hop in the empty seat to a PTQ once every few months if it was within an hour drive, but never made it past the sixth round. I wasn’t surprised—I didn’t practice enough. Magic wasn’t like high school homework where I could show up the day of the test and BS my way to a B+ without any studying or effort. Actual testing, practice, and training was involved. Eww.

Fast forward to my senior year of high school, and the “FNM-grinder, reader of every TCG/free SCG article ever, Pro Tour aspirant” version of DJ came across the previously linked article by Verhey. I asked myself the same question that Gavin, Corbin, and others have done, and I came up with an answer. I wanted to live the stereotypical dream of getting married, having kids, and a career that I loved, but I wanted to make an impact on the Magic world. I wanted to have my name known in the community, and be someone to look up to. I wanted to be the source of inspiration for others to follow their dreams down the line. It’s weird, because I can remember back when I read that article for the first time, but I don’t remember thinking of myself as a Pro Tour champion for the first time. I just knew that I wanted to make my mark. 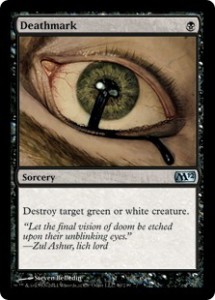 I’m going to press the metaphorical fast forward button once again, to my freshman year of college. I signed up for an SCG Premium membership, and had a roommate who owned a car. I had taught him how to play in the previous year, so in my mind that meant being able to travel to more tournaments. The college campus Magic community was much broader than the group in my hometown, and now I actually lived within walking distance of any number of people to play against. I even had less actual class time than when I was in high school! PTQs, Grands Prix, here we come.

It turns out that I actually just can’t stand studying. Whether it’s in the form of taking a couple of hours to read a textbook for a test I have this coming Thursday, or playtesting a matchup between two decks for 10 games in a row, I get bored easily and want to focus on something fun. The whole Pro Tour dream was just too stressful, and I didn’t want to put in the required time and effort to make it happen. It felt like work, not playing the game like I had been doing at FNM a couple years prior. Even FNM started to feel like a chore or an obligation on some days, not a weekly oasis of relaxation and fun. 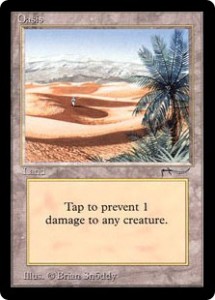 Although I had been value trading, picking commons and uncommons, and speculating on certain cards for a large portion of my Magic life, I had always assumed it was just a thing I knew how to do, and didn’t recognize that “Magic finance” was actually a thing that people did as their only source of income. I started to focus on building my collection more than playing, and learning about the various terminologies used in finance. I moved away from Brad Nelson articles and towards Chas Andres. I started listening to Brainstorm Brewery on a weekly basis, and signed up for a Quiet Speculation membership. I could feel the link to the competitive edge slipping away, but I fell into an entirely new world. I had been doing this for just as long as I had been playing at FNM, and I felt like I was better at it.

It wasn’t too long before I was buying binders and collections on a regular basis, and I shifted roles in the community. Instead of a player to test against on our regular Tuesday night gaming, I grew to commandeer my own table and set up shop with numerous binders and boxes. I grew to be “that guy” who almost always had the cards you were looking for, and always had cash if you were looking to sell. I felt like I was contributing much more to the group than I ever was before, and I feel that my friends think the same, especially when they support me in what I do.

I realized what my answer was to that three-word question had been all along. I saw myself in the future having made an impact on Magic, but it wasn’t by shaking hands with Jon Finkel after a feature match, or testing with team TCGplayer for a week before the Pro Tour. I wanted to be the guy buying [card]Master of Waves[/card] for $5 each mere hours before they hit $15, and warning people on Twitter about impending spikes or price changes. I want to go to Grands Prix to relax, sell cards to vendors, buy stuff that’s under-priced, and hang out with friends, instead of going 3-3 drop and suffering a six-hour return drive of self-loathing for not testing more for that one matchup.

When Corbin posted his article on Empeopled, I gave Gavin’s original piece another read. There are a lot of things in my life that are uncertain at my age (I’m still in undergraduate school, I can’t even legally drink yet, and I have no idea where I want to live or settle down), but I know that one piece of my endgame has started to fall into place. I want to continue in my endeavors of Magic finance, and make my presence known in this community. This time, I’m willing to put in the studying, the work ethic, and the hours—because I enjoy it. I love helping out people with their questions, and hearing that people actually read what I write. I’m thankful every time I get to sit down and produce an article, and I mean it from my heart every time I say a generic “Welcome back!” or “Thanks for reading!” The community has given me so much by just listening what I have to say, and I hope that I can continue to provide relevant information for years to come. 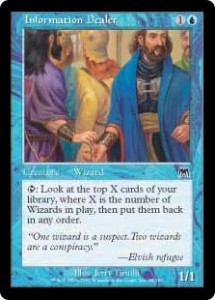 @Rose0fthorns     -     Email     -     Articles Douglas Johnson is a 20-year-old MTG player who goes to college courtesy of a scholarship from Gamers Helping Gamers. He is currently found writing a weekly finance column at MTGprice.com, and you can always feel free to contact him on Twitter, Facebook, or Reddit.
Previous Episode:
Unified Theory of Commander: Threats
Next Episode:
Brainstorm Brewery #118 – Corbin’s True Value