Deckbuilding mantras for EDH come at us constantly.  If we took them all with us to the deckbuilding table, EDH would be a 256-card format.  So how is the brewer to sort it all out?

My take is that many of these statements can be simmered down to a single statement: play disruption. Disruption is a blanket term for anything that messes with what your opponent has planned; anything that cancels one or more of an opponent’s cards, even temporarily, falls into this category.  My goal in this two-part series is to provide a framework for classifying types of disruption and identifying which types fit which archetypes. To do so, I scoured my 13 EDH decks as well as my cube and pulled pieces of EDH-playable disruption.  After sorting, I ended up with 13 distinct categories of disruption.  I’ll be breaking down the analysis according to: The Good, The Bad, and Who Wants It. 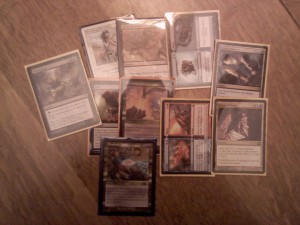 The Good: Spot removal tends to be the best way to get something off the table at the time that’s best for you and worst for your opponent.  The best spot removal is instant-speed and cheap.  Some of it even tucks, which for EDH could be a category of disruption all on its own.  Ironically, spot removal is at its best when it’s in your hand, not on the stack, as the threat of efficiently killing an opponent’s dude is only good as long as there’s a bullet in the gun.

The Bad: Card disadvantage, namely one card for each additional opponent at the table.  Assuming your EDH games host three or four players, you need a pretty good reason to use a spell slot on something that puts you and one opponent down a card with respect to the rest of the table.

Who Wants It: A master pilot can actually turn the disadvantage of spot removal into card advantage thanks to the little type line—instant.  If you can effectively put the fear of retribution into the minds of your opponents to the point where their attacks are being directed elsewhere, that potential lost card has turned into a gained card many times over for each sideways creature heading into an opponent’s red zone.  A deck with a lot of instant-speed card draw and counters will appreciate spot removal since it fits the theme of playing reactively on your opponents’ turns. This type of deck will also be able to leverage that threat turn after turn without giving up mana.  Most of my spot removal is in my [card]Thraximundar[/card] and [card]Jeleva, Nephalia’s Scourge[/card] Grixis deck for just that reason. 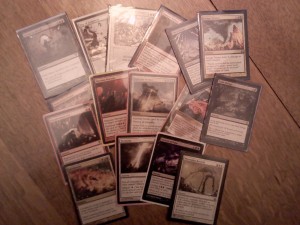 The Good: Here we have the old standby.  When in doubt, kill all the things.  Since EDH is predominantly a creature format, a well-timed wrath can turn the tide of battle and, at the very least, allow you to live another untap step.  [card]Wrath of God[/card] and friends don’t suffer the card-disadvantage-in-multiplayer stigma that spot removal does, and therefore can be slotted without special considerations into more decks. What is even better about WoG and friends is that sometimes that’s the topdeck the table is clamoring for once someone starts running away with the game.  One of my favorite games in recent memory is one where I had my Karador engine running full-bore until the player to my right ripped [card]Terminus[/card]. I didn’t win that game.

The Bad: Wraths are usually expensive and sorcery-speed, which make them difficult to set up.  They also don’t discriminate and force you to neuter your board position when you pull the trigger.  This can be mitigated in a variety of ways, but all the bad things to say about wraths can be boiled down to difficult timing.

Who Wants It: All but the most aggressive of decks will run one WoG effect, with many creature-light decks loading up on five or more.  In combo and control decks, wraths are all-stars, providing ample time to set up as well as crushing the opposition with the card advantage provided by their lopsided “symmetry.”  In midrange builds, wraths simply provide a safety valve that can be crafted to be advantageous at various states of the game. 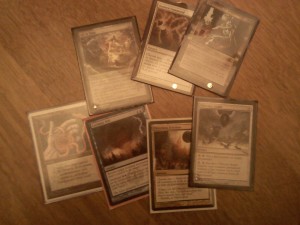 The Good: Similar to wraths in many ways, board wipes provide the ultimate doomsday device secret weapon. With minor differences between them, they all reset the board in one way or another.  Often, one or more permanent types will be left unscathed, thus allowing for some card-advantage crafting.  Board wipes have the advantage over wraths by being able to hit the combo and control players as hard if not harder than the decks with durdles, though they require even more setting up to take advantage of.

The Bad: Board wipes are wraths with bacon, cheese, and all the super-sized combo add-ons.  So they cost more and can be even slower, sometimes providing an entire turn-cycle window before the red button can be pressed.  Also, it’s very difficult to be ahead of the table once one of these resolves.

Who Wants It: Decks with very few permanents will love these, though any deck that wants only one or two sweepers may opt for one of these nukes just to be sure the reset button does what it says on the box.  Also, decks with a heavy recursion theme may run more of these than usual since if your graveyard is your hand… 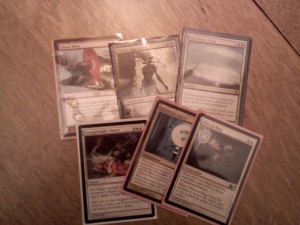 The Good:  What do you get when you cross spot removal with board wipes? The catch-alls, is what. This is the Swiss Army Knife class of disruption, allowing the wielder to get any one thing off the table. They come in cheaper than their global counterparts and will even sometimes get cast at instant speed. What this class of disruption gives you is flexibility, since its members can target any permanent and ask nothing more of your deck construction than a slot in the 99.

The Bad:  Like spot removal, catch-alls suffer from the card disadvantage problem, but unlike most spot removal, being sorcery speed makes threat-of-retribution not an option.  Also, catch-alls are purely reactive and will rarely synergize with your other 99 cards; running them can dilute your deck’s effectiveness.

Who Wants It:  Decks that rely on heavy board presence like my Marath deck will tend toward running catch-alls, since they can’t afford to run sweepers without stunting their development.  Also, decks that are very tight for space may opt for one or two catch-alls, since if you only have a couple slots for removal, might as well make sure it can kill what you need it to. 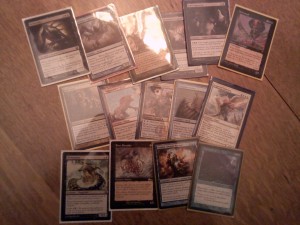 The Good: As much as it seems like [card]Shriekmaw[/card] and [card]Doom Blade[/card] are similar cards, they are actually miles apart.  [card]Shriekmaw[/card], like any of these 187s, gives the caster card advantage since you get a threat to go with one of your opponents being down a card.  Furthermore, many other EDH decks have a creature recursion theme, which means that the CA spread is likely to keep growing as the game goes long.

The Bad:  Just like 187s avoid the drawbacks of spot removal spells, in doing so they also give up the advantages. Gone are the one and two casting-cost instants that are the makings of blowouts.  Instead, 187s are the epitome of the grind and the two-for-one.

Who Wants It: Decks with creatures that aren’t of the group hug variant will default to jamming as many of these value dudes as possible to fill out their curves.  If you can recur, blink, flicker, bounce, tutor for, or otherwise get the ETB effect with any regularity, the stock of these 187s goes up even further.  Their ideal vacation starts with [card]Deadeye Navigator[/card] taking them on a trip to the [card]Recurring Nightmare[/card] before dropping them back home to [card]Karador, Ghost Chieftain[/card] and [card]Roon of the Hidden Realm[/card]. 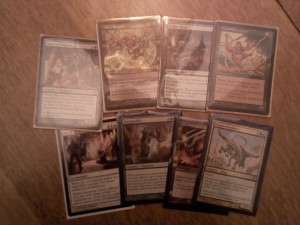 The Good: How good artifact and enchantment removal is depends very much on your meta.  Since many decks are guaranteed to jam at least one [card]Sol Ring[/card], finding room for a few [card]Naturalize[/card] effects will never be the worst (even though actual [card]Naturalize[/card] is).  This class of disruption does two things: kills said [card]Sol Ring[/card] and breaks up combos.  Artifact and enchantment removal doesn’t need to be instant-speed, since combos involving those card types don’t generally use the combat step. As you can see from the picture, I prefer my [card]Naturalize[/card] effects to either hit multiple permanents, be repeatable, or have legs.  What’s best about this sort of disruption is that it has a moderate floor but a ridiculous ceiling, since some decks can’t play Magic when there is an [card]Aura Shards[/card] on the table.

The Bad: Devoting a spell slot to a narrow piece of removal is a losing proposition. However, if you have lots of gods in your meta, [card]Deglamer[/card] becomes quite playable since it will answer a card that your opponent will be guaranteed to play. Generally, 187-[card]Naturalize[/card]s will never be bad but may not be that great either.

Who Wants It: This one is meta dependent.  Decks with lots of artifacts or enchantments require more hate.  If you play fast decks, be aggressive and eschew the spot removal.  If you play slower decks, make room for some [card]Disenchant[/card]s so that you can execute your game plan before your opponent can do the same for her own. Always opt for card advantage versions when possible.

There Will Be More

So that’s it for part one of Disruption in EDH. In part two, I’ll be breaking down the remaining seven disruption types.  As a teaser, [card]Manabarbs[/card] will be a referenced card. 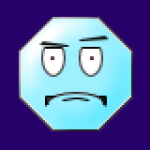 @djkensai     -     Email     -     Articles Max manages a rare cube and a peasant cube, as well as playing a fair bit of Commander. He cracked his first pack in 1995 and is still hooked! Get in touch if you would like to share your thoughts on Cube theory or the Commander format.
Previous Episode:
Pitt Imps Podcast #71 – Bad Tuna
Next Episode:
Getting LUCKy: Slowing Your Roll