Journey Into A New Standard

To start things off, my name is Deshaun Baylock. I recently started devoting myself to this game called Magic: The Gathering and the payoff has been huge. I started playing around the time of [card]Jace, the Mind Sculptor[/card]. Within a year of trying to go “pro,” I have scored a GP Top Eight, a GP Top 32, a GP Top 64, one PTQ win, and 10 pro points since PT Valencia, and I am currently qualified for PT Portland. I believe with hard work and a will to learn, you can do anything in this game. It’s not about how long you have been playing, it’s about how you approach every opportunity to get better.

This weekend, a new set is going to be introduced into Standard: Journey into Nyx. New decks are going to be made and a lot of old decks are going to be no longer playable. I am going to break down the three best archetypes and go into detail about how they are going to change with cards from the new set. I will not be talking about sideboards, as the metagame is currently unknown. Advice on what to bring in and take out would be basically lying to you. Sideboards depend on the metagame you expect to see.

Let’s start with my favorite archetype: control. Right now, there is a debate going on about whether going Blue-White or Esper is correct. With the new set fully spoiled, I believe 100% that Blue-White is strictly better.

Here is an example of an Esper list. Kyle Boggemes ran this list at Grand Prix Cincinnati. It went OK.

The reason the cards I cut are no longer needed is because we don’t need to have answers that are not universal. We don’t know what the metagame is going to be so we want to have cards that can pretty much answer anything our opponent does. [card]Deicide[/card] and [card]Banishing Light[/card] allow us to play more universal answers without leaving us with a lot of dead cards.

Blue-White Devotion has been on the rise and I only think it’s going to get better. This deck was played by Jeffery Pyka at Grand Prix Cincinnati.

This deck is going to be able to run a lot more smoothly. The addition of Mana Convergence to this deck is huge. This deck was giving up tempo to be a little bit more resilient by playing four [card]Temple of Enlightenment[/card] and [card]Detention Sphere[/card]. You now have a more stable mana base and the ability to play what I believe is going to be one of the best rares in the set.

[card]Detention Sphere[/card] no longer will be safe with people playing [card]Banishing Light[/card] and [card]Deicide[/card]. It is no longer the [card]Vindicate[/card] that we were used to in the old format. This build of the deck is very lean and efficient. Tempo is the new face of Mono-Blue. [card]Dispel[/card] will protect your Thassa from Deicide and the Siren will allow game-changing plays while still being a decent one-drop because of its evasion.

Mono-Black Devotion has had a stranglehold on the format but now I believe that it is the worst of the tier-one decks. Here is an example build from Lauren Nolen played at SCG Detroit.

Mono-Black did not get a lot of tools in the new set, and a lot that it did get are situational.

[card]Underworld Connections[/card] may end up being unplayable in the new format because [card]Deicide[/card] and [card]Banishing Light[/card] will give more decks access to enchantment removal; [card]Read the Bones[/card] is a nice replacement to help with card advantage.

The last card I want to briefly talk about is [card]Tormented Thoughts[/card]. Playing this card allows you to turn the tide of games very quickly against all non-counterspell decks; forcing them to discard their whole hand is backbreaking. The reason I cut cards that are no longer good and switched them with situational cards is because with access to [card]Pack Rat[/card] and scry, you can discard the cards that aren’t good in the matchup or choose not to draw them unless you need them.

The power level of the format has increased and you should plan accordingly. If you don’t have a spell that interacts with the opponent on turn two, you must mulligan. No longer will the game start on turn three. This is what i believe the top decks from the old format should do to adjust and stay relevant. 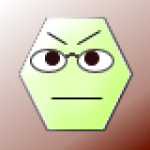 DeShaun is an above-average guy always trying to win. He has made top eight of two SCG Opens and one Legacy Grand Prix. He also has a PTQ win under his belt. He's a Spike of all Spikes.
Previous Episode:
Conjured Currency #10: Which Spec is Right For You, Part II
Next Episode:
Pitt Imps Podcast #66 – Road Kill Cafe

3 comments on Journey Into A New Standard