Eyes of the Watcher: A Fiery Copse

Welcome to the very first edition of Eyes of the Watcher, a regular article that will highlight a single card worth watching.

Eyes of the Watcher isn’t necessarily going to tell you that you should buy or sell any single given card. It’s here to make sure you are aware of some of the nuances and interesting tidbits that may otherwise fly under the radar. By reading these articles, you can get a slight edge over the other people in your area. While it won’t make you a ton of revenue, knowledge is power. Especially when everyone is fighting for it. Every percentage point counts.

For this very first issue, I want to highlight [card]Grove of the Burnwillows[/card]. First, let’s start off by providing the basic information.

[card]Grove of the Burnwillows[/card] sees play in two decks in Legacy (Punshing Jund and Nic-Fit) and two decks in Modern (RG Tron and Kiki Pod). It has two printings. The 2007 original was printed as a rare in the third set of the Time Spiral block, Future Sight. The card was reprinted in 2012 as a premium mythic rare in From the Vault: Realms. What I would like you to pay attention to, however, is the current price for this card. Specifically, check out the difference between the price tag the card carries in the EU and the price tag it carries in the US. The value of the Future Sight [card]Grove of the Burnwillows[/card] in the US is 19.5 percent more than in the EU, and the value of the From the Vault: Realms version an astounding 23.5 percent higher! That’s what caught my eye. For some reason, I can’t ask the same price in the EU as I could in the US. But why?

[card]Grove of the Burnwillows[/card] first rose to prominence when it was being played in [card]Punishing Fire[/card] decks in Modern. Eventually it was banned, along with [card]Wild Nacatl[/card], because the pair were suppressing all the two-toughness-creature decks in the format. After [card]Punishing Fire[/card]’s banning, Grove found a new home in the RG Tron decks featuring [card]Karn Liberated[/card] and [card]Wurmcoil Engine[/card]. This deck requires very little colored mana, to the point where it gets away with four [card]Grove of the Burnwillows[/card] and a single basic [card]Forest[/card], along with small mana baubles, to cast all its red and green spells. The deck saw a reasonable amount of play and success up until the banning of [card]Deathrite Shaman[/card]. This kicked the Jund deck down a notch down, which hurt Tron, as Jund is its best matchup. Having lost its best matchup and gaining another tough matchup in the fast Zoo-style decks, RG Tron fell out of favor. At least in Europe.

While the price of [card]Grove of the Burnwillows[/card] hasn’t dipped in value in Europe after the [card]Deathrite Shaman[/card] banning, it was never given the opportunity to rise to the price that was present in US, which still holds up to this day. I’ve seen copies sitting at €25.00 and not sell at all. Is the price not right or is the demand not there? One of the things worth noting is that while Europe may be the land of Vintage, most Legacy tournaments are actually being held in the US. With the Star City Games weekly Legacy Sunday, there is always a consistent demand for Legacy cards due to the degree of certainty there is in having a tournament to go to every week. The extra exposure for and accessibility to the Legacy format in the US creates a demand for cards that helps maintain constant card prices. Conversely, we see major fluctuation occur in between the big Legacy events in Europe. Considering that fifty percent of the decks running [card]Grove of the Burnwillows[/card] are Legacy decks, and Legacy is more accessible in the US, it is no doubt that a good percentage of the demand for this card originates from the older format. But is the difference in demand between continents prominent enough that it demands such a price gap?

All we know for a fact is that the price tag on [card]Grove of the Burnwillows[/card] drastically differs between the two continents. The exact reason why is hard to pin down, but all we can do is carefully watch the price on both ends. Does this price disparity warrant a response? Where do you see this going?

Do you have any comments, questions, or concerns regarding the price disparity between continents for [card]Grove of the Burnwillows[/card]? Hit me up on Twitter! You can contact me personally at @TheMeddlingMage. Do you need more than 140 characters? Send me an email at [email protected] See you all next time! 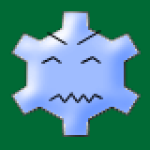 @TheMeddlingMage     -     Email     -     Articles Sander van der Zee is an industrial engineering student who specializes in lean-thinking. He stepped back into Magic in 2009 after a three-year break. Picking back up the pieces, he developed an interest in the financial, technical, and community sides of the game.
Previous Episode:
Brainstorm Brewery #99.9 – One Last Tease
Next Episode:
Forced Fruition Episode 11: Stunted Jund

3 comments on Eyes of the Watcher: A Fiery Copse