Kozilek and the Four Es of Running a Commander Night 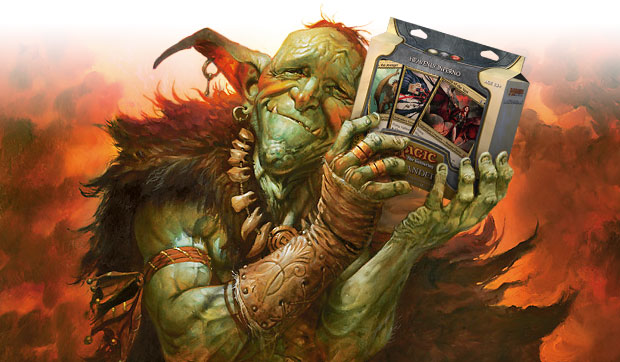 Life is hectic. Our schedules are conflicting. We can never seem to find the time to get a group together for a game. Many people have trouble trying to get games together, or are forced into Commander nights at local game stores (LGSs) that can often involve griefing or gaming whatever prize support system is in use. I’ve been very proud of my accomplishment of having a recurring, weekly Commander game night with my friends, and I want to share with the world how we got to where we are.

Being the huge nerd/communications major that I am, I developed a series of steps to help start up your very own Commander night. I call them the 4 Es.

Right out of a 90s corporate training video! Let’s dive in a bit further to see what each one means.

Many people communicate with their friends via text or in person. That’s fine, but it’s difficult to arrange larger meetings with those tools. My group uses Facebook Messenger, a perfectly reasonable organizational tool, to arrange our game nights. Most important about these tools is that they are instantaneous. It’s crucial to ensure that all group members have up-to-the-minute information about the goings-on of the group as a whole.

One good tool is Whatsapp: an app designed to act as an SMS replacement. It has a very solid group chat option and is used by a small community in my town to discuss all sorts of magical nonsense.

Another good tool I’ve recently discovered is Slack. It’s similar to the other messenger apps, but also similar to IRC (A web based chat client) because it allows for multiple chat channels to separate various discussion topics.

Take some time out of your day (A bit longer for the first discussion) to discuss exactly when and where your group will meet. Ideally, one member can host, but if the situation doesn’t allow for it, then a communal meeting place like an LGS or even a bar! (Make sure the establishment is okay with you taking up a table for a few hours)

Make sure to discuss specifics and not just generalities, and ideally, this should be a time and place that your group could meet at week in and week out. Be careful not to interfere with work and personal matters. I frequently have to wake up very early in the morning for my job, and the days where I play Commander before having to open the store in the morning can be hell on me. This all might seem obvious, but having made these mistakes, I want to help all my wonderful readers avoid them. 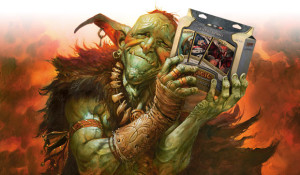 This is the fun part! Part of being a good organizer and/or host is providing for your guests/group. I’m a big fan of the potluck as a way to break the ice at a new location or with a new group. After moving into my new apartment, the first night of Commander I hosted was accompanied by chips, dip, drinks, and a delicious cardamom chicken dish from the wonderful Jerusalem: A Cookbook. (Recipe can be found at http://tinyurl.com/gu525qy) It went over extremely well, and all my players were excited to return for more the following week. (Spoilers: Week 2 didn’t involve chicken. Just a lot of great games.)

Providing for one’s group doesn’t always have to take the form of home-cooked meals or alcoholic libations. The most important thing a group organizer can provide is a welcome and open environment to have fun and play Magic. To ensure that the guy playing 5-Color Slivers under [card]Sliver Legion[/card] can sit at the game table as the lady playing mono-wraths [card]Oros, the Avenger[/card] and still both have a blast in the game.

This is the most important part of maintaining a group environment and ensuring all your players are interested in returning week after week. In a single word, feedback. Feedback is of the utmost importance. If something dominated every game you played, and you think it might be too oppressive, then bring it up with the group. If your group works together, you can craft a style of game that perfectly matches the group.

This can also include positive feedback on a play or a card you felt was particularly fun or engaging. If your terrifying [card]Kozilek, Butcher of Truth[/card] player is about to go ham on the table, but is timely dealt with by an [card]Insurrection[/card] into a pump with [card]Xenagos, God of Revels[/card] to one-shot the Kozilek player with their own Commander, feel free to compliment them on their sweet play! If your [card]Geth, Lord of the Vault[/card] player uses his brand-spanking-new [card]Yawgmoth’s Will[/card] to cast a flurry of mana doublers out of their graveyard before casting [card]Rise of the Dark Realms[/card] to end it in one fell swoop, that deserves some recognition! Compliment each other’s awesome decisions and plays and critique those that are oppressive to help form an environment that people will want to play games in over and over again.

Deck of the Week

*1 Walker of the Wastes

*1 Haven of the Spirit Dragon

*1 Shrine of the Forsaken Gods

Alrighty, so this deck is a new creation by Jim Casale, a writer over at our sister site, MTGPrice.com and an overall pretty awesome human being. When I mentioned I wanted to write articles, Jim was the guy who helped me get my foot in the door, so I’m glad I could have one of his decks to be one of the first I evaluate.

If I had to classify this deck into one of the archetypes I listed in my previous article, I would describe this one as a linear Big Mana deck. It uses a plethora of mana rocks like [card]Worn Powerstone[/card], [card]Ur-Golem’s Eye[/card], and [card]Dreamstone Hedron[/card] to power out Eldrazi and other game-ending threats.

The Legendary Eldrazi quartet tends to make short work of games, along with various other powerful and expensive colorless cards, such as [card]Wurmcoil Engine[/card], [card]Ugin, the Spirit Dragon[/card], [card]Karn Liberated[/card], and [card]Colossus of Akros[/card] (Super spicy). This deck is very linear in its win condition, relying almost exclusively on creature and commander damage to finish games.

How It Gets There

This deck is jam-packed with mana! I don’t have to list out all the 23 non-land ways this deck makes extra mana to drive that one home. This deck can easily make upwards of 8 mana on turn 4 in Magical-Christmas-Land and can cast its commander with no problems early in the game to refill after having dumped its hand of most mana onto the field in the early stages of the game.

Jim’s matchup against fair graveyard decks looks average. His gameplan is fast, proactive, and uses exile as his main removal type. Beyond that, he has a [card]Relic of Progenitus[/card] to help stave off the undead menaces. However, these decks are used to a small bit of hate and will be able to power through it despite being slowed down.

With only four wrath effects and Arcane Lighthouse, Jim’s chances against Voltron may seem bad, but his Commander and plethora of Eldrazi with Annihilator help to keep their permanent count, and therefore, their buff count low. Jim shouldn’t have too much trouble with these decks

In a mirror match, Jim should be able to power out his large threats as fast as any [card]Korlash, Heir to Blackblade[/card] or [card]Omnath, Locus of Mana[/card] player, but Eldrazi tend to be a bit bigger than the others. In Magic, generally, when it comes to a mirror match, the deck that goes a bit bigger is usually the winner. Drawing up to seven on a regular basis gives Jim the gas he needs to power through the usually grindy mirror matches.

This match-up is where Jim might struggle a bit. With only a few wraths and minimal spot removal, he will have a decent amount of trouble playing from behind when [card]Mayael the Anima[/card] cheats a [card]Godsire[/card] into play or [card]Kaalia of the Vast[/card] drops in [card]Rakdos, the Defiler[/card]. Unfortunately, this is a factor of the deck being a Big Mana deck, which means it’ll struggle when faced with something faster.

Jim should have little to no trouble going way, WAY over the top of these decks. Even with raw card power, they should be no match for a pile of flying spaghetti monsters coming their way.

One thing I noticed was a decided lack of recursion in the deck, outside of an [card]Artisan of Kozilek[/card] and [card]Haven of the Spirit Dragon[/card]. Perhaps adding [card]Haunted Fengraf[/card] or [card]Scarecrone[/card] to help continue the assault. Beyond that, [card]Scorched Ruins[/card] might be a bit better than [card]Blinkmoth Nexus[/card] in this deck, especially as there doesn’t seem to be a way to pump up the Nexus.

This week’s article was a bit different, and I’m excited to hear feedback on it. In my time online, I’ve seen a lot of reference to a Commander group, but little about the nitty-gritty of organizing one, so I hope the mini-guide helps at least one person create their own regular group. Feel free to share any feedback you might have about the it, whether it be positive or negative. 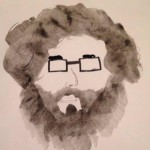 A Canadian turned Floridian, Bryan is a on-and-off tournament grinder who has now turned to Commander as an outlet for his Magic addiction.
Previous Episode:
Nothing but Value: An Introduction to Ephara, God of the Polis
Next Episode:
Best Laid Plans #11 – Chair Stanky Leg