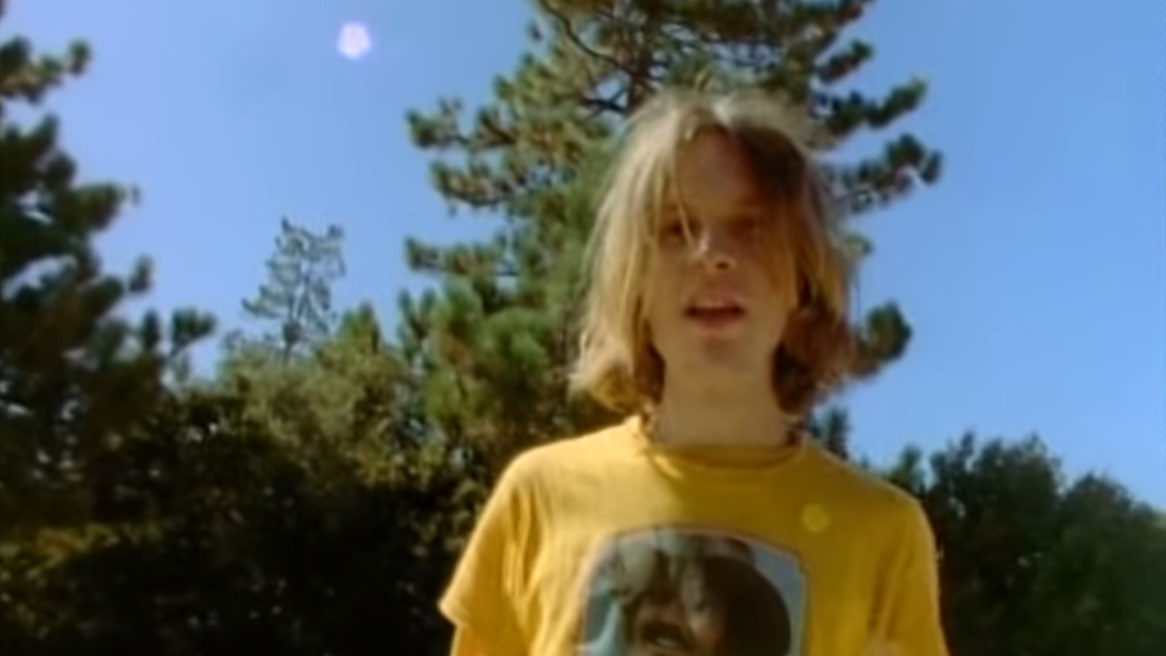 Magic casts a pretty wide net. I’ve met a lot of different people playing this game, with various work and education backgrounds. Magic finance, on the other hand, seems to largely attract those who have some sort of economics or business background (or like to think they do!). Perhaps this is why my perspective is a little more tempered on risks—my background is in insurance, which is a financial tool designed to prevent against loss, rather than facilitate gains. While strong investing does require an element of risk, it shouldn’t cause you to make stupid choices or unnecessary risks. We are going to talk about losing in Magic (both in finance and in playing), and how to hopefully do less of it.

Not Losing in Finance

The majority of fledgling financiers seem to say the same thing; “I just want to make the game a little less expensive to play.” It’s a sentiment we can all share—Magic is very expensive, and anything that can curb that cost is worth looking into. If that’s the case, though, then you should not be devoting time and money to trying to predict what is coming off of the Modern banned list! Not only are you playing a game with very high risk, you are committing your financial capital to something that you don’t need, and may not be able to sell! If you whiff, then your stock almost instantly plummets back to earth. If you’re right, you have an extremely narrow window to out the cards for a profit before the price acclimates somewhere just north of where you bought them. A lot of people want to swing for the fences on every pitch, but that’s an easy way to strike out1.

We talked about this a little last week, but always know when is a good time to get out. Notice I didn’t say the best time to get out, because knowing when that is is impossible. I’m going to tell you a story, and I honestly don’t remember if I’ve told it here before—if I have, then I apologize, but it fits with our point very well. I also don’t want this to come across as bragging, because hubris is annoying. What follows is my [card]Tarmogoyf[/card] story.

Future Sight came out in May 2007, at the tail end of my freshman year of college. I lived in Orlando, which had (and still has) a large Magic-playing community, fueled by a decent amount of Magic stores. “Magic Finance” in the way many of you know it did not exist, or at least, not enough people cared about it. Magic also just wasn’t in a very good place, and it felt back then that you were either a Spike or a ghost (go look up “Dreamblade” later to learn just how close the Sword of Damoclese was to Magic’s head). Because I was a Spike in a Magic hotbed, there were still plenty of events going on, including the poorly received “2007 Summer of Magic,” which encouraged players to check out all kinds of stores in their areas. Due to a series of circumstances, including a bum ankle, I forfeited my opportunity to march with Carolina Crown (oops!) and decided to stay home and play a bunch of Magic to take my mind off of it.

Magic information also traveled more slowly then. We all had the internet, but not in our pockets. Tournaments were happening, but there was no Star City circuit, and there were way fewer GP weekends. Formats, especially the one at that time, took much longer to solve, and vastly unique regional environments were more common then they are now. You didn’t have to be as fast as you do now to get in on the ground floor of a card. Legacy was a niche crowd that most people didn’t really take the time to care about if they weren’t in it, and EDH was unknown to virtually everyone that wasn’t a judge.

I don’t want to say I “discovered” Tarmogoyf, because I most certainly did not. I was a brewer, and my fascination with Tarmogoyf was largely due to his interaction with cards like [card]Tarfire[/card], [card]Nameless Inversion[/card], and [card]Stone Rain[/card]. I picked up my set, and worked on ways of slotting it into Karstenbot Babykiller. Eventually the price on Tarmogoyf started sneaking up. Stores were much more lax in their pricing, so while I was going to different events, it was easy to find outdated prices on Goyfs: $3 instead of $5, then $5 instead of $8. Eventually, I had a few extra sets, but I stopped buying when they eclipsed $12. Cards in Standard never got much higher than $20, so things seemed a little abnormal when ‘Goyf got that high. By the start of 2008, the card was $50 and officially the most expensive non-foil in Standard ever. I buylisted my extra copies to Cool Stuff for about $25 each—I knew it was a totally unique set of circumstances, and I was happy to get out well ahead of where I started.

Knowing what we know now, it would be foolish to out those ‘Goyfs in 2008. However, the history of that card is a series of strange and unusual circumstances, and continues to be one of the game’s great outliers. It would have been as idiotic to buy in on a Standard card at $45 then as it would be stupid to buy in on a standard card at $90 today. I didn’t get out at the best time, but I certainly got out at a good time. Knowing that you are coming out ahead is more important than guessing at the future. If you want to make the smart decisions, go for the ones that guarantee a desirable degree of success.

Not Losing in Playing

I’m not going to do the whole “Tilt Talk” thing, because it has been done to death already. If you haven’t read a thousand of articles about tilt already, then… you must be new here? Welcome!

I will say this though, that tilt happens to everybody, even someone as old and terrible at this game as me. Sometimes your mental mistakes just add up and you hate yourself. Sometimes your opponent is a jackass. Typically, my first recourse is to go grab a beer and just repeat, “Well, I’m more of a Legacy player anyways,” until I believe it’s true.

But more importantly, I want to talk about proactive ways to not lose. Great example, SCG Regionals were this weekend. One of them was located relatively close by, so a lot of people at my store ended up attending. My good buddy and teammate Justin made the top 16 (‘grats!), while some of the other locals ended up not doing very well at all. There are a couple things that Justin did right that they did not, and they are some of the simple, common sense things that players tend to overlook. 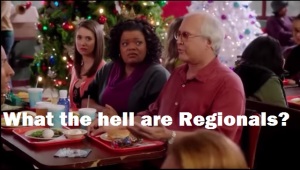 Okay, but seriously, here is the most important one. Do you really need to play in this tournament? Ask yourself honestly. Do you have a deck that you’re familiar with? Can you beat that stupid red-white deck? How much have you played this format? Is it worth $35 plus gas plus your day to go? A lot of people just play in every tournament they can, hoping to win enough metaphorical dice rolls to “get there” without realizing how much of a long shot it is if you haven’t done your homework leading up to the event. This is especially true in new formats (Fate Reforged has been out for almost a month, so I consider it still quite new). How much are you going to be punished for not knowing what their cards (or even your cards!) do? My friend I mentioned played the same deck he has been on for a couple months, with few if any modifications from FRF—it is better to stay the course and remain consistent than to fail by trying to do too much new stuff at once.

Magic tournaments are hard. In a nine-round tournament, you are really only guaranteed to make the top eight if you go 9-0 or 8-1, meaning you need a minimum match win percentage of 89 percent (yeah, there are opportunities to draw in, but you have to go 7-0 for that to be an option). Do you think you are in a position to do that? If your homebrew deck went 2-3 at FNM, and one of those was a bye and the other came off of the ten-year-old with the hydra-themed deck, then really consider not going to this one. Just like we’ve been saying, “You miss all the shots you don’t take, but don’t take stupid shots.”

Okay, so that sweet Jund deck I posted last week? Well, I wasn’t able to put it together in time for FNM. The good news? I played an Abzan aggro deck that I absolutely love. I have a TCGplayer 5k at the end of this month, and I will 100 percent be playing a (tuned) version of this deck.

My sideboard was garbage, so I won’t even bother. The only things that were good in my board were two copies of [card]Drown in Sorrow[/card]—so much so that I want a third.

The mana was good, but I want to play a ton of fetchlands to fuel Tasigur. That card honestly feels like a development oversight. And what I love most about Tasigur is that when you play him in a deck with a lot of very powerful cards, you are always drawing something good. If anything, he makes me want to slow the deck down to more of a grindy midrange list to cut the smaller creatures for more high-impact cards. Going forward, you really have to have a good reason for not starting your Standard list with four Tasigurs and four Siege Rhinos.

That’s going to be it for this week. I’d really like to do a mailbag article soon, so if you have anything you’d like me to answer (Magic or otherwise!), feel free to tweet or email ([email protected]) your questions. As soon as we have enough for me to cobble into an article, it will go live! THIS IS YOUR CHANCE TO BE FAMOUS ON THE INTERNET.

I got the points after writing this. But these things are crazy, right? We will definitely talk about those a bit next week.

1This is the extent of my knowledge of baseball.

I've been gaming MtG finance since artifacts were brown. Longtime magic player and TO. Loving husband and father. Cube > Commander.
Previous Episode:
Brainstorm Brewery #134 – Sure. I Don’t Hate It
Next Episode:
Tiny Leaders: Tips for Getting Ahead in Baby Commander