Playing Magic for Free #2: From Trading to Trader

Read Part 1 of this series – here! 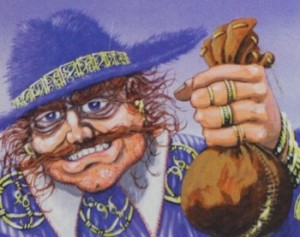 I was talking to a friend, Kevin Grigsby, who has bought and sold cards off and on since well before my start in the game. We discussed a story dating back to the unbanning of [card]Land Tax[/card]. It was the first time I was on top of the unbanning news, so I arrived at my local shop bright and early the next morning.  [card]Land Tax[/card]es were still in the case for around $6 a piece. With eight copies in the case, I told the manager, who I was friendly with, to hook me up with all of them. We’ll call the manager Jim. As he checked the price on the computer, I puffed my chest out and enlightened him on the unbanning that happened the night before. I didn’t know anything about the Legacy format, but I was proud of myself for going out of my way to pick up a recently unbanned card before the price spiked. Jim handed me my cards and I left for work.

After work, I came by the shop to trade and play in that evening’s draft.  Jim walks up to me while I’m standing with four of my friends next to about ten other Magic players waiting for the tournament to start.

Jim: “Hey, man, those [card]Land Tax[/card]es you bought this morning were supposed to be $40 a piece. You owe the store a lot money!”

Confused Me: “I didn’t think they had went up yet.  Did you not check them on the computer beforehand?”

Jim: “Of course, but I just looked it up wrong. Plus I thought we had more, ’cause I need four for my new deck”

Suspicious Me: “If you messed up, why should the customer have to pay for it 10 hours later when you catch it? I didn’t look them up before I came in.  I just knew what they were in the case last time I was here and told myself if they were the same price it would be a decent pickup.”

Jim: “Well, you ripped off the store.  How ’bout I just give you your money back and we can call it even? 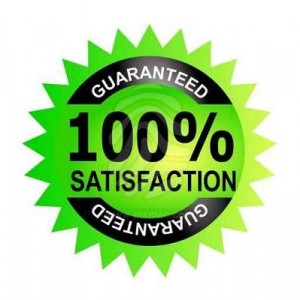 Jim: “Will you at least trade them to me so I can play my deck? You don’t even play legacy.”

Me: “Because then I got up at the crack of dawn and drove here just to pay tax on cards I could trade off 10 hours later for less then what I bought them for.”

Yes, I was sort of being a prick about it all, but I thought if anyone would understand business, it would be the manager of a retail store.  I left for college a few weeks later and that manager told every local MTG player the story about the ginger that stole from the store. I will cut out all the drama talk, but what really hurt was my trading connections.  Since I wasn’t in town to defend myself, only a few of my friends knew my side of the story.  I came back to town receiving a large amount of weird looks and everyone seemed scared to trade with me.  To be honest, I’m a 6’2’’ muscly ginger with hair to my shoulders and a five-inch beard, so I can understand a mild amount of intimidation.  By then, I could tell the difference though.

So, when Grigsby and I talked about this story, he said, “I know you may think what you did is justified, but you went about it all wrong.”

He continued, “By now, you obviously understand the importance of networking and how to avoid burning bridges, but here’s what you should have done.  Before you call the manager over to buy the [card]Land Tax[/card]es, look up the current price.  Say its $30 and they are in the case for $6.  Call the manager over and tell him that you are looking to buy some [card]Land Tax[/card]es but you know the price has went up to $30.  Then ask if they would sell them to you for $15.  This enables the store to make double than the price in the case and also enables you to double your money by trading them away for the full $30.  Most managers will appreciate the honesty and hook you up with a deal.  It’s not always guaranteed, but its keeps you from potentially setting a bridge ablaze and ruining your reputation in a 50-mile radius.”

“Wow,” I said, “That sounds so easy but makes a lot of sense. I never thought of it that way.”

I tell this story not to say, “Look what I can do.” This glimpse into the past shows the correct steps while also revealing the incorrect steps I thought at the time were correct.  Knowing what I know now, I decided to share the top three of both correct and incorrect steps I made along my journey. 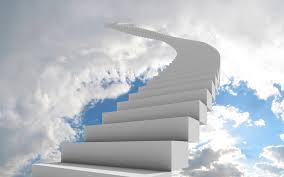 Knowing Prices – It’s a lost art, even for myself. Smartphones stole a lot of advantage but knowing prices can still save you a lot of time and money.

Networking – Talk with everyone you can. Trade numbers and tell them to hit you up if they are looking for a card.  If they have a trade binder, ask to look through. Listen to their stories about that one time that dollar rare saved them from certain death while you archive any notable cards among their trades.  Let’s be honest though, we all love telling those stories.

Value Trade – Trading for cards you don’t need but still hold value (AKA format staples). It makes your binder look sexier and minimizes the chance of your trades decreasing over time, especially in Standard. Value trades are a great way to build relationships.  The fact that you traded for something you didn’t need to help them inch one step closer to their goal means a lot to people.

*Keep in mind trading for value from local players and trading for vendor value can have vast differences.  This highlights a term called “spread.” Another topic for another time. 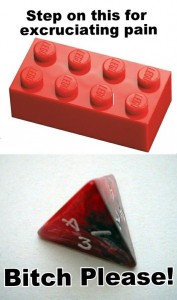 Bonus Tip: If you’ve been networking, value trades become easier because you know what the other person plays.

Forced Trading – Just because you open up someone’s binder doesn’t mean a trade must happen before you can close it.  I struggled with this when I started trading.  It sounds silly, but I felt like it would irritate them if I didn’t make some sort of trade.

Unkind Exits – If you see nothing, then politely say something like, “I didn’t really see anything I was interested in. I appreciate you letting me look. Great talking with you.” Don’t say, “I didn’t see anything I like/want/needed.” It implies they have nothing of value while also implying you only trade for stuff you need and not for value.  It took me a long time to learn this one.  It seems small and irreverent, but eventually became something I noticed after a year of trading.

Don’t lie about prices.  It’s shameful for me to admit, but I ripped numerous people off in my early years.  Sad thing is, if someone trusts you to value a card and you place it at $10 instead of $20, they will most likely still leave the shop happy.  But all it takes is one friend or a few clicks online to find out they were jipped.  Should they know the prices of their cards while trading? Of course! Do they deserve to get jipped? Probably.  It depends on how much money was lost in the transaction. But some traders will think, “It’s my fault for not knowing the prices. I’ll be more careful next time.”  Most traders will think, “That a$$h*!# ripped me off! Never trading with him again!”  Now, not only will they most likely avoid trading with you, but will also inform other players around the store about your dishonesty.  It sounds like an exaggeration, but it really can happen that fast. 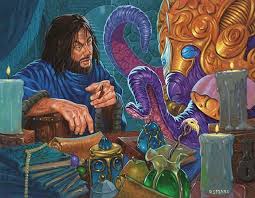 Identifying the correct steps toward developing consistent trade flow is important, but pinpointing the “speed bumps” that burn bridges or create dissonance make a larger impact in the long haul. You don’t have the luxury of a store, warehouse storage, or staff.  Your reputation and inventory is dependent on the opinions of players and traders in your area. Correct your imperfections and build a list of guidelines.

Next week, I’ll share the guidelines I use to keep myself on track.  In trading, just like Magic, there can always be bad luck, forgetfulness, and an exception to the rules, but creating a plan of action to follow can help keep trade goals achievable. Hopefully my lines of play toward trading can help you start playing Magic for free.

@TNSGingerAle     -     Email     -     Articles Houston is the host and creator of Tap N Sac Podcast. He enjoys any format with a healthy community. He usually taps Mountains to have fun and taps Islands to win.
Previous Episode:
Investment 207: Ryan vs Marcel
Next Episode:
Unified Theory of Commander: Draw Part 2 – Tutors

One comment on “Playing Magic for Free #2: From Trading to Trader”