As far as collectibles go, Wizards of the Coast has one of the best systems in place in the gaming industry to support its customers. This position may sound weird, given all the cries for reprints and the soaring costs of eternal formats, but Magic has one of the greatest distribution methods and most finely tuned market practices to offer long-term support to this great game. Recently, I’ve been looking to acquire some other game collectibles, Nintendo’s Amiibos, and it’s been one of the most frustrating things I’ve ever done. 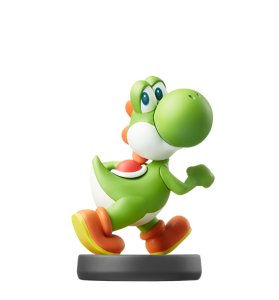 Nintendo’s newest collectible product, for those unaware, are miniature statues that can hold data and unlock things in other games (this varies wildly by game). Their most marketable trait is their ability to save data from the wildly popular Super Smash Brothers franchise and bring it with you to other consoles. This makes them uniquely different than other collectible statues because they have an in-game impact. Rather than just having them on a shelf to look pretty when you have guests over, they are an active part of your game experience. Sound familiar? Magic cards are similarly appealing to collectors as they are to players of the game.

Something we take for granted as Magic players is the speed and efficiency of new card releases. Each product has a page where very simple but very important information is listed—set name, release dates, languages it’s printed in, number of cards, Twitter hashtag–pretty much everything except for the cards themselves.  Anyone can derive from that information when and what they should expect from a given set. 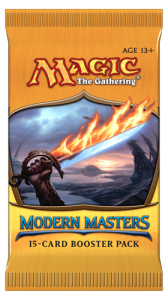 On the flipside, Nintendo’s Amiibo information is a disaster. The official information page for Amiibos has every figurine listed, even if it hasn’t yet been released! There is no breakdown of release by wave (as they are known by collectors). There is no exact release date—just a month. You don’t know when they may be in stock and when to go to stores to buy them. This, coupled with the fact that there is actually a rarity for some figures, just compounds the problem.

Have you ever picked up a card from pre-Stronghold and tried to figure out the rarity?  It’s pretty miserable not knowing which ones will be difficult to find and which aren’t. And to top it all off, four of the eleven figurines in wave three will be in-store exclusives! How miserable would you be if you could only buy packs of cards with [card]Flooded Strand[/card]s from StarCity Games, only [card]Polluted Delta[/card]s from Channel Fireball, and [card]Siege Rhino[/card]s from Card Kingdom? I’m pretty sure many people would outright quit.

One of my biggest gripes is the print run for these figures. Certain Amiibos were deemed to be mainstay characters and received several times more figures than other characters. Outside of Mario and Peach, it’s pretty much a crap shoot trying to find other characters in stores. This is basically like Wizards saying they think Mountains are more popular and printing more of them than Plains. We know when a new set is released that sometimes there is a small shortage if it’s very popular on the release weekend, but I’ve never seen an in-print set ever be out of stock for more than a week. If this has happens at your LGS, it’s most likely a problem with their ordering habits than actual availability. 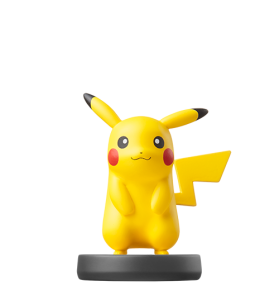 “But wait, there are tons of Magic products with limited print runs. Why aren’t you complaining about those?”  It’s because they’re all reprints. The Amiibo shortage problems are on brand-new toys! According to some sources, the Rosalina and Luma figurines from Target sold out of pre-orders in less than a day. Today, much of Magic’s short-printed products are promotional cards (like judge foils) and limited-edition products (From the Vault, Duel Decks Anthologies, etc).  These are not first-time printings of cards, so they are purely for collector value. They don’t inhibit the players of the game or force them to shell out lots of money for premium versions.

Not every collectible works that way. About a week ago, I was looking online for a Captain Falcon Amiibo. I had long ago decided I wasn’t going to collect them all and limited myself to 4 of the 29 previewed up until that point. I was lucky and got a Donkey Kong one on release day at Wal-Mart when I was picking up my copy of Pokemon Alpha Sapphire. The remaining three (Diddy Kong, Captain Falcon, and Bowser) were not released then. It was unclear when they might be released and I didn’t think much more of it. Then people figured out some figures got short printed: Marth, Villager, and Wii-Fit Trainer are extraordinarily rare.

Nintendo did the equivalent of printing fewer [card]Bloodstained Mire[/card]s because they wouldn’t be as popular as the other fetches. Obviously, this caused a problem and now each of those figures can fetch upwards of $140 on eBay. Now, I’ve apparently missed Captain Falcon’s release day by about a week and they are sold out everywhere. And it’s extremely unlikely any retail store will get them in stock within the foreseeable future.

The difference from Magic with this situation is that these figures are not promotional versions. It’s not like it’s the super shiny, alternate pose, neon-colored Captain Falcon figure. It’s the only version available and now that I  don’t have it, I probably never will. The amount of “feel bad” this creates is pretty impressive. 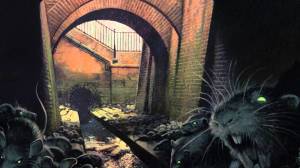 Even when Standard legal-cards reach prices out of the grasp most people’s wallets, we can still buy a pack and open one. It’s not guaranteed we will open the cards we want or need, but each pack will contain some rare or uncommon someone needs. This fuels the secondary market. That’s why fall sets typically reach record low prices for singles around December. This is when the most significant amount of product has been opened and cards are readily available.

By intentionally short printing some figures, Nintendo has guaranteed they will be sold out—but it leaves a sour taste in the mouths of people who couldn’t get them. The company also caused artificial inflation in the secondary market, because people will buy them only looking to sell them immediately for several times the retail price.

So next time you complain because of the price of [card]Tarmogoyf[/card] or how shops don’t sell From the Vaults for MSRP, know that it could be much worse.

@Phrost_     -     Email     -     Articles Jim is a software developer and an avid blue planeswalker. He spellslings in Jacksonville, Florida, and you can feel free to contact him on Twitter at @phrost_.
Previous Episode:
Brainstorm Brewery #132 – Gains & Loses
Next Episode:
Weekend Magic: 1/23-1/25