Conjured Currency #45: Pack to Square One

Have you ever heard of the phrase “Pack to Power”? For those who are new to the world of Magic finance, or just never came across the term, let me explain. Back in April of 2010, Jonathan Medina (known to some as one of the forefathers of the Magic finance lifestyle), began an article series on Gathering Magic called Pack to Power.

Basically, he wanted to open a single booster pack (at the time the most recent set was Rise of the Eldrazi), and trade the contents of that booster pack as a bubble collection separate from his own inventory, eventually picking up a piece of the Power Nine. He wasn’t allowed to accept charity cards to increase the value of his “pack” collection, and he wasn’t allowed to rip off unknowing/new players. On August 27, 2010, the final installment of his series went up, where he showcased his newly acquired [card]Mox Pearl[/card]. He had turned a $4 investment into a piece of the Power Nine. Aspiring Magic financiers around the world were in shock: if he could do it, why couldn’t they? It couldn’t be that hard to continuously grind for value—it was like free money! 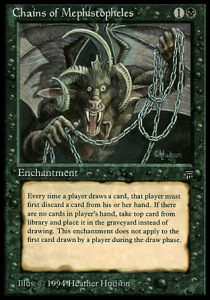 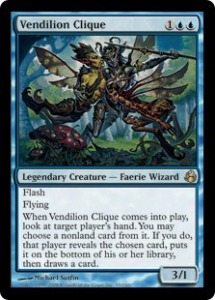 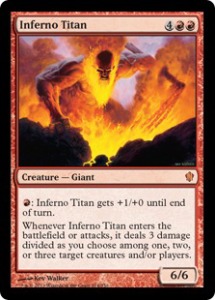 Currently sitting in my $1 rare box, waiting for an EDH player

Unfortunately, it wasn’t free money. While some other players managed to replicate the project (sometimes with their own sets of rules only loosely based on Medina’s), it eventually tapered off as smartphones became a staple of the Magic trading floor. It became a much rarer instance to use one of Medina’s trademark phrases, “What do you value this at?” when the truth was a few button clicks away instead of having to rely purely on price memory. Knowledge of casual gems became less of a way to make massive jumps in value, so you can no longer trade for $10 [card]Mana Reflections[/card] because you knew the Standard player thought they were bulk rares.

While Pack to Power is now more commonly seen as a “this is a thing some guy did almost five years ago” piece of Magic history, attempts to complete the project have not entirely died down to zero. Newer players enjoy hearing war stories like this one, and think, “I could do that.” Just recently, I saw a post on Facebook in one of the “Buy/Sell/Trade” groups, where a player was attempting to do a Pack to Power project, through the mail. He posted a picture of his binder page to Facebook containing a bulk rare from Khans of Tarkir, an uncommon Charm, a foil common card, and a token. He also made absolute sure that everyone knew he was doing a Pack to Power, and everyone should “help him out to finish the project.”

I can already feel what you’re thinking. I can taste the disgust in the future when this goes live on Thursday. “Why on earth should I give this guy value and trade through the mail just so he can fail his pack to power two weeks in when he runs out of money for stamps?”

The answer is simple: you shouldn’t. I’ve only actually traded with a few people who were trying to complete this project on the floor of an event, and none of them were a very pleasant experience. The phrases, “Come on, buddy,” and “Help me out here,” were thrown around more often than I was comfortable with, and at one point one of them even added a card from his own collection into the pile I was getting, and then put [card]Sphinx’s Revelation[/card] that I gave him into his pack to power binder, breaking one of the cardinal rules. Now that smartphones exist, it’s much more rare for players to misvalue their own cards, or accept a number that strays too far from what their phone says is even. And that’s a good thing.

This is Not a Green Light

Now, there might be a select few of you reading this who are thinking, “Wow, that Jon Medina guy is a legend. I sure want to be like him when I grow up. I think that this article DJ is writing is a great way for me to learn what not to do when I do my P2P, because I’m not a jerk and I’ll be the best there ever was!”

I’m writing this paragraph to tell you that doing a P2P nowadays isn’t worth it. Stop now, before you start. It’s not just because of my poor experience with those who have tried, either. Isolating the contents of a single booster pack and trying to turn them into a piece of the Power Nine (or any other high-dollar card) just isn’t worth it for you, financially or time-wise.

It took Medina from April until August to turn $4 worth of Magic cards into his Mox Pearl, valued at $360 (how times have changed). That was over four months of constant binder grinding, looking for value, and using questionable trade tactics to slowly accumulate value.

Now that we live in smartphone land and more players than ever are up to date on the financial side of the game, it would take infinitely longer for you to finish the project. Power costs a lot more money now, you probably don’t have the reputation that Medina did back in the day, and your margins will be thinner on every single trade. It’ll take way too long, just for the bragging rights of getting a gold star to hang on your fridge at home.

For the entirety of his project, Medina kept his “pack” in an entirely separate bubble from his real inventory, so as to not contaminate the exercise. If someone wanted one card from each collection, he would have to make two separate trades, which became awkward if the values in the person’s binder didn’t make that possible. If player A wants one card from each of your collections that costs $15, and the only thing in his binder worth anything is a [card]Snapcaster Mage[/card], what do you do? This is a trade that would be a lot easier if the P2P wasn’t getting in your way, especially since Snapcaster is looking like a pretty juicy pickup due to the fact that it can’t be included in Modern Masters 2015.

While the wild west days of “What do you value this at?” and “I think this is worth X, do you agree?” are pretty much dead and gone, there’s still room to make that invisible “value” on trades that we financiers enjoy. It doesn’t have to rip off your trade partner, and both parties can walk home happy. You don’t have to shout to the world that you’re doing a pack to power project for people to toss in free value, or any other sort of similar project.

For example, if you tend to buylist cards back to stores a lot when you’re not using them, you can trade for cards based on the buylist price. Two different cards might both be $10 based on the TCG mid, but one of them probably has a higher buylist price than the other. If you were going to sell to that buylist anyway, trade for the card that will give you a higher cash value. Your trade partner didn’t lose anything, and you got more actual money out of the deal.

Alternatively, you can act as your own personal buylist for your community if you have the inventory and reputation for it. This is a mantle that I’ve personally accepted in my college town, because we don’t have a store that buys or sells singles. If you’re in the same boat as I am, get the word out that you’ll trade for (or buy) anything and everything, as long as you get that margin.

Value trading does not have to be a project where you become famous through turning a booster pack into a Mox. There are so many more ways to save money and make money in this game that I can’t possibly go over all of them.

However, I can cross the terrible ones off of your list: stop doing Pack to Power, or you’ll end up pack to square one. As always, if you have any questions, comments, or concepts that you think can be written about, let me know!

@Rose0fthorns     -     Email     -     Articles Douglas Johnson is a 20-year-old MTG player who goes to college courtesy of a scholarship from Gamers Helping Gamers. He is currently found writing a weekly finance column at MTGprice.com, and you can always feel free to contact him on Twitter, Facebook, or Reddit.
Previous Episode:
Weekend Magic: 1/9-1/11
Next Episode:
Brainstorm Brewery #131 – Fate Reforged Set Review with Conley Woods

5 comments on Conjured Currency #45: Pack to Square One