Getting L.U.C.K.y: Buying Into Hype

The time around the release of a new set is one of the best to be involved with our favorite trading card game. New product being opened, new decks breaking the format, and best of all, money to be had. The question is, what do I buy? What will be good in the upcoming meta? Hopefully I’ll be able to shed some light on that today.

In the past, I have found myself buying into hype every time a new set comes out. Whenever a pro player posts on Twitter that they are excited about a card or deck, or just when Woo is brewing, I tend to pay attention. Many times, I fall into the trap of letting it affect the financial side of my life. The truth is that we really have no idea what is going to happen to the meta.

Odds are, you’re not a professional magic player, so don’t pretend to be. Pro players will be working hard to come up with new decks or add tech to old ones. Let them figure it out. Most of the time, cards that are obvious tend to be inflated. Let them do the hard work and don’t try to beat them to it. Odds are that you won’t. 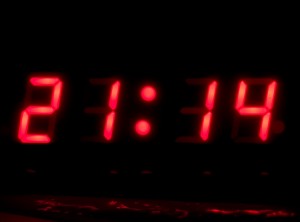 Look for sleepers. Usually your best bet for turning a profit is in the bulk or nearly-bulk section. [card]Desecration Demon[/card], for instance, was a complete sleeper. Remember that at one point it dropped from $2.50 to $2.00 before it ever shot up to $10.00. [card]Nightveil Specter[/card], [card]Nykthos, Shrine to Nyx[/card], [card]Voice of Resurgence[/card], and [card]Mutavault[/card] all dropped at least a little before getting to where they are now. Sure, you could have the next [card]Sphinx’s Revelation[/card], but you’re more likely to have [card]Niv-Mizzet, Dracogenius[/card]. Go for the guarantee.

Listen to the podcast. Corbin, Jason, Marcel, and Ryan know what they are talking about. Two of them supplement their income with Magic—for the other two, it is their income. They have a ton of collective experience, so for me, their word is worth ten times that of random people from Reddit. (Not to say that people on Reddit have no idea what they’re talking about, or never catch onto to something, just not nearly as often as the Brew Crew does.)

Pay to get on the Quiet Speculation forums. This is one of the single most valuable resources I have in my toolbox. Having to pay for access guarantees that most of the people on the site make more than $12 a month from Magic. The people you end up talking to have a clue. They aren’t just some random player with $3,000 invested into Magic and only one Standard deck to show for it. They didn’t just stumble on the site and want the world to know their opinion. They actually have invested something into the financial end of the game. Listen and participate—you will be surprised what you learn. 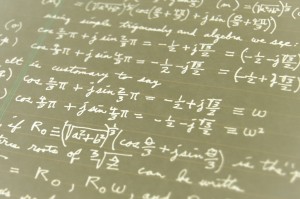 The more you know, the more opportunity you have to profit

Knowledge = Power and Money. The more that you know about the game, or the financial aspects of it, the better off you are. Knowing more can’t hurt profits, it can only grow them. Look everywhere you can for knowledge (and be wary of where it comes from). Even social sites like Reddit and Twitter can offer you something. The worst thing that you can do is close your ears and eyes to the world around you and try to figure it out on your own.

Diversify your portfolio. Where most people (myself included) seem to get screwed up is when we are all-in on something. Risk management says to invest in multiple things so one bad call doesn’t screw you. If you went all-in on [card]Aluren[/card], then you are now stuck with three-fifths of what you had (because buylisting is about the only way now). Conversly, if you went partial into [card]Aluren[/card], [card]Phyrexian Obliterator[/card], [card]Goryo’s Vengeance[/card], and [card]Niv-Mizzet, Dracogenius[/card], you would be fine right now.

In the end you will end up getting far more L.U.C.K.y by staying smart about your speculations rather than buying into hype. It’s up to you to get L.U.C.K.y. 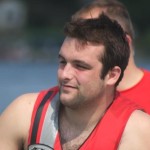 26 comments on Getting L.U.C.K.y: Buying Into Hype