Plant of the Gods

Three things I think I know:

1. Modern has had a barrier-to-entry problem since its inception. It used to be (incorrectly) attributed to things like copies of [card]Hallowed Fountain[/card] being $40, but as the format has grown in popularity, very real scarcity issues have caused staples to spike at a rate far beyond anything most of the Magic community has seen before.

2. Modern is as interesting as it’s been for the past year-and-a-half thanks to the recent DCI Banned & Restricted List changes and the upcoming pro tour. Unfortunately, the element of intrigue and uncertainty the announcement caused has only made Modern even more expensive as more people try to buy in.

3. The high barrier to entry means that most Modern staples are too expensive for many people to effectively speculate on by actually buying cards.

Fear not! There is still money to be made in Modern. I don’t think buying in is the best plan right now, given the type of gains the market has already made. Instead, I think now is the time to trade.

Remember [card]Snapcaster Mage[/card]? I think many people have forgotten about him (we may as well call him doctor at this point) and how good he was before [card]Deathrite Shaman[/card] came into our collective lives. This is my pick for most played non-fetch land card in the top eight next weekend. I expect the card to come to the forefront of Modern due to its versatility as much as anything else—you’re just as likely to see it target [card]Cryptic Command[/card] as [card]Tribal Flames[/card]. The type of broad demand that versatility creates makes Snapcaster an appetizing target. eBay listings are closing as low as $15, making this the only card on the list I’m comfortable buying. I expect buylists to be in the low-to-mid $20s after the pro tour.

The natural response many people had to the banning of [card]Deathrite Shaman[/card] was to shove four copies of [card]Noble Hierarch[/card] in whatever they were playing and call it a day. The card went nuts, ending as high as $57 on eBay during the buying frenzy that happened the first few days after the announcement. eBay is still averaging around $45, and while Hierarch’s spread of 28% is not ideal for a buy in, its certainly not awful.

I think [card]Noble Hierarch[/card] is going to be white hot at Pro Tour Born of the Gods. From [card]Birthing Pod[/card] decks, to Infect, to Zoo, to various midrange strategies, I expect Hierarch to be one of the most played cards next weekend (outside of the fetch lands) and I expect eBay to head back up to $60 right after the pro tour. I would trade for every copy I could—as long as it didn’t cost me any copies of [card]Snapcaster Mage[/card].

eBay auctions for [card]Arid Mesa[/card] are ending in the low $30s for single copies. The card is due for a price correction soon. Between various [card]Wild Nacatl[/card] decks, Burn, and [card]Kiki-Jiki, Mirror Breaker[/card]-[card]Birthing Pod[/card] decks, I think [card]Arid Mesa[/card] will see a surge in popularity after Pro Tour Born of the Gods. This increase in demand should send Mesa into the price range of [card]Verdant Catacombs[/card] (mid-to-low $40s on eBay, $50 TCGplayer mid). While this is not enough of an increase to make it a buy if your best out is buylisting, it is still a no-brainer as a trade target.

[card]Geist of Saint Traft[/card] and [card]Knight of the Reliquary[/card] are likely see an increase just by riding the coattails of [card]Noble Hierarch[/card], though I like Geist much more so than the Knight, given the one printing its seen compared to Knight’s three, as well as Geist’s applications in aggressive U/W/R strategies.

If you want something a little more dangerous (and cheaper for that matter), the best option I can think of is [card]Vengevine[/card]. [card]Deathrite Shaman[/card] was keeping the plant man down, and now that it’s gone, people are ready to embrace their inner spiteful broccoli. eBay is already at (and in some cases, above) TCGplayer mid, which tells me people are excited about this card despite it being off the radar for such a long time. It’s by far the biggest risk/reward card on this list, because unlike the previous cards I mentioned, there is no broad demand supporting Vine’s current price, given how narrow and demanding the card itself is. That said, it is becoming harder and harder to find, despite last year’s promo version, and I would not be surprised if any type of success (or possibly just camera time) caused a noteworthy, if temporary, price increase. A top eight would make the card $30-40+ overnight. I like [card]Vengevine[/card] much less than the other cards on this list, but I still feel its potential is worth mentioning if you’re interested in a possible home run.

I think Modern graveyard-strategy staples are generally underpriced given how much easier their decks’ game ones have gotten. Cards like [card]Living End[/card] and [card]Goryo’s Vengeance[/card] still have significant room to grow despite their upward trends.

Now is the time to be trading into Modern. The PTQ season doesn’t start until June, but given the excitement about the format and the upcoming pro tour, there should be a window to trade out for a gain, if not simply cashing out everything you pick up this week. You should be able to out your positions during the month following the PT while still having time to take other positions before the summer season starts.

[card]Chromatic Lantern[/card] has started to climb. Its up to $3 TCGplayer mid from what I can only hope is [card]Chromanticore[/card]-fueled hype (apparently a [card]Chromanticore[/card] deck made top eight in a six-round Standard tournament in Japan. I can’t be the only one that desperately wants this to become a thing). I wouldn’t be surprised to see Lantern hit $5 before rotation due to its potential competitive-casual appeal. I love it as a deal evener. 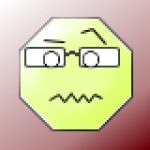 @plfeudo     -     Email     -     Articles Paul Feudo has been playing magic since Urza's Destiny. After gloriously scrubbing out of GP Anaheim in 2012, he changed his focus from competitive play to the financial aspects of the game.
Previous Episode:
Brainstorm Brewery #87 – Finance Shminance
Next Episode:
The Puzzle Box: User’s Manual

4 comments on Plant of the Gods