Investing 204 – What is the Value of a Short-Term Pick?

I don’t have to take this abuse from you, I have hundreds of people dying to abuse me.

Well, here’s another nice mess you’ve gotten me into.

Congratulations! You have slogged through a sea of numbers to get here. The last couple Investing 200 articles were short but dense. We broke down each of the Brew Crew’s picks in a sterile environment, compared each against the other, and awarded scores. But what is the value of their picks?

Let’s put this into perspective: if you had purchased all the picks of any of the Brew Crew each week, you would have increased the value of your Magic portfolio. Combined, they offered over 10% average returns per month!

For those of you who are unfamiliar with the power of compounding interest, here is a year-long example of 10% a month:

According to Kiplinger.com’s investing tools, the top large-company mutual fund in the last 10 years averaged only 12.56% per year!

Before calling a pick, our heroes try to identify whether it has upside or downside at its current value. Correctly identifying the direction a card is heading is actually more important then its target price. So when it come to successfully identifying that trend, here are their 30-day success rates:

While the results are less then 50%, no Crew member experienced a negative return. Consider what that means to you. Let’s say you chose one pick to purse from each given podcast. Even though your odds of a pick going up in the next 30 days were a little under 50%, the amount a pick could go down was significantly limited and your upside potential was tremendous. In many cases, the guys identify a trend or opportunity correctly, but either identify it too late or overestimate the target price.

These results excluded cards that moved less then 20%. Magic cards have been experiencing significant growth over the last couple of years and card values as a whole are rising a little bit each month. Different websites have spreads that can easily top 20%. If we included the moves under 20%, each Crew member’s success rate would rise to over 60%, but we would be including a lot of statistical static. So these rates are above and beyond the normal incremental moves of the market at large.

It’s important to point out that even with these success rates, each Crew member returned positive results overall. Their percentage losers were all overwhelmed by the gains of their winners. This is a form of “return alpha,” where your gains are higher then other returns in the same risk pool.

” But wait!” you say, “I listen every week and I didn’t get anywhere near that return!” This is where the vacuum of results disappears and is replaced by the reality of your returns. Not only is it unlikely that you bought and sold each pick, they don’t want you to.

I asked Jason and Corbin how they would feel if their picks of the week completely sold out on TCGplayer every Friday:

Jason: “I would be disappointed in our listenership if they blindly followed our calls. We’re giving advice. I think if we were seen as having that much pull it would adversely affect the market in a bad way. I hope we never get that many blind adherents. ”

Corbin: “To be honest, I wouldn’t want this to happen if it would mean that people are buying because we told them to. The goal is not for cards that have flat-lined for a year to then sell out the day we mention them. That should never happen. People should take our advice into consideration, but ultimately make up their own mind on what to buy. I don’t consider my advice ‘good’ if it becomes a self-fulfilling prophecy. I want to help direct people to cards that are showing signs of rising in price in the future, not create hype spikes based on what we say.”

Unless you track every trade and every decision, it’s likely your confirmation bias is causing you to remember only the biggest choices that affected you. It is also likely that you are not giving the Crew credit if they offer an opinion that is the same as your own.

For example, you might say, “I think I should trade these [card]Thragtusk[/card]s away this weekend, but I’m not sure.” Then Corbin says, “I love Merfolk and I cannot lie! Also, sell [card]Thragtusk[/card].” So he confirms your notions and you trade it away. All the while, your memory is biased in a way that you get the credit in your own mind.

Another issue is the card that you avoided because of a sell call. Your card portfolio is better off without it, but you don’t have a line item for “what could have been.”

The next question is how to use the picks. The first thing you need to do is identify your goal (see Sander van der Zee’s Setting Your Goals). Then identify which Brew Crew member’s strength are best aligned with that goal (see Investing 202 and 203). Then have fun. With the raw data put out by these guys, you can run almost any system you want.

1. If you had bought every pick that Jason and Corbin made, then sold each 30 days later and bought the picks that Ryan and Marcel had made 30 days before, you would have returned over 80% by rotation.

2. Make a list of every card you want a playset of and wait for the buy signal from the Crew.

3. Sell cards you’re not using when the Crew calls a top and buy back in after they drop.

The key principle to remember is that their picks have returned statistically way above average. Your job is to take this information and apply it to your own plans.

So what is the value of short-term pick? On paper, it’s 10%. In real life, it’s somewhere between -40% and 300%. And stories about your triple up, or your unexpected losses…. well, those are priceless. 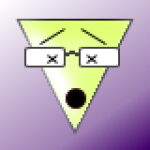 2 comments on Investing 204 – What is the Value of a Short-Term Pick?