What is Red and Black and Green All Over?

This week I had the pleasure of entering a Born of the Gods-Theros-Theros draft with my good friend Grant. Together we worked our way through some exciting picks and equally exciting games. Having a second voice to help guide your thoughts is a great exercise and will often open your eyes to things you didn’t think were possible. Our stunning revelation was that throwing good red, green, and black cards in a deck usually works out okay (Jund is always a deck for a reason!). So join us as we walk you through our picks and plays!

*1 Reaper of the Wilds
[/Creatures]
[Spells]

*1 Fall of the Hammer

While the execution here was not ideal, I want to point out that being flexible with the colors we were drafting helped shape this deck. Should we have picked up the [card]Pharika’s Mender[/card] in pack two? Probably, but there was no question in either of our minds that we were still perfectly capable of moving into black during pack three. I do think that the [card]Scourgemark[/card] and [card]Abhorrent Overlord[/card] were a bit much. Neither were cast and both were often scryed aggressively to the bottom. [card]Pheres-Band Raiders[/card] would have been much nicer.

I would also like to touch on the subject of mulligans in Limited. Constructed decks are often much more “mullable” because of the nature of their construction; cards are optimized to work together. Limited formats are not as resilient because you’re working with a smaller card pool. So where do we draw the line? Obviously, zero-, one-, six-, or seven-land hands should not be kept. But when is a two- or five-land hand okay? The first thing I consider is my line of play given what I am seeing. The top of your deck is a fickle mistress and not to be trusted. Being able to present some kind of threat to your opponent’s life total is something any hand you keep should be able to do. A grip full of removal might seem awesome, but you need to put up a fight yourself. I would advocate taking a mulligan for a hand that included perfect land but no real threat.

Hope you guys enjoyed this week’s episode. Let me know what you think in the comments and we’ll see you back again next week! 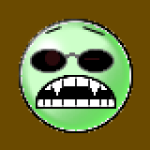