Standard is not a format renowned for combo decks. Most of the time, we see a rock-paper-scissors metagame filled with aggro-midrange-control matchups, as opposed to the aggro-combo-control matchups we read and hear about when beginning to learn “Magic theory.”

However, this is not to say that there have not been competitively-viable combo decks in Standard as of late. Recent history has shown that if there is a combo deck to be found, it is usually only Standard legal for about six to nine months, which I assume Wizards of the Coast does in order to keep Standard from becoming a degenerate combo-oriented format. However, within that time frame, the combo deck has been shown to be competitive (i.e. it has won at least a couple Star City Games Open events or PTQs) and difficult for the format to deal with. Figuring out the timeline that Wizards has set for formats may unlock when a Standard tournament-viable combo deck will show up. With that in mind, let us look back at history to see if now is the time for that combo deck to appear.

We Have to Go Back!

This is the last time that Standard saw a viable two-card combo deck, and astute readers can see why. Look how powerful this deck is! Splinter Twin is a tier-one Modern deck now, both [card]Ponder[/card] and [card]Preordain[/card] are banned in Modern, and you got to play with fetch lands plus Ponder—a Legacy interaction staple? Jeez, we were basically just a [card]Brainstorm[/card] away from being the most broken deck of all time. Although this should not be too much of a shock to you readers who played competitively at this time, given that Wizards of the Coast had to ban both [card]Jace, the Mind Sculptor[/card] and [card]Stoneforge Mystic[/card] from Standard (and then later, Modern) during [card]Splinter Twin[/card]’s time in Standard. Of course, once Innistrad was released, [card]Splinter Twin[/card] rotated out, and that was the end of combo in Standard until…

This Mono-Green Infect deck was about a tier-1.5 deck during its time in Standard. Many of you may not remember seeing much of it, since [card]Delver of Secrets[/card] was busy completely dominating the format, along with a bevy of Phyrexian mana spells and [card]Snapcaster Mage[/card]. However, Mono-Green Infect could occasionally give Delver a run for its money, and the deck did top eight several Star City Games Opens. Sadly, the deck was only viable for about three months, since the release of Return to Ravnica meant that all of the infect cards were rotating out of Standard, and the deck only became tournament-competitive with the additions of [card]Cathedral of War[/card] and [card]Wild Defiance[/card] out of M13.

Reanimator decks were all the rage last year. We all remember the eternal struggle between U/W/x Flash decks, Junk Reanimator, and Jund Midrange last Standard season, but there were some fringe combo decks as well. Human Reanimator attempted to gain infinite life and make infinite Wolf tokens via the interaction with [card]Fiend Hunter[/card], [card]Angel of Glory’s Rise[/card], and [card]Huntmaster of the Fells[/card]. From there, it was elementary on how you killed your opponent. Further versions of this deck used cards like [card]Burning-Tree Emissary[/card] and [card]Undercity Informer[/card] to mill opponents out on the same turn as one cast [card]Unburial Rites[/card].

Aside: I am aware that there were other combo decks in the format. Some might call the Hexproof decks of both today and last year combo decks. Or the Aristocrats deck with [card]Boros Reckoner[/card], [card]Blood Artist[/card], and [card]Blasphemous Act[/card] a combo deck. Or even the old UWR Flash decks that could gain infinite life with [card]Boros Reckoner[/card], [card]Azorious Charm[/card], and [card]Boros Charm[/card]. These decks have combo elements, but I wouldn’t consider them combo decks. The distinction may be small, but it is there.

After Innistrad rotated out, we moved on to Theros. Now that the full block has been released, let us see if there is any competitive combo decks that are playable in today’s Standard.

Here We Are Now, Entertain Us

As we can see from the examples above, Wizards of the Coast seems okay printing the types of cards that lead to three categories of “combo” strategies in Standard:

Now, it is my belief that it will be a very long time before Wizards ever prints another two-card combo in Standard, especially with the amount of permission and deck sculpting that the U/R Splinter Twin decks had in Zendikar – Scars of Mirrodin Standard. Therefore, I find it more likely to find combo decks in this Standard format in the other two areas.

We are already aware of this combo deck. Brad Nelson and Jeff Hoogland have been champions of it since [card]Mana Confluence[/card] was spoiled.

As both Jeff and Brad have written extensively on this deck, I will not contribute anything else except to say that if this deck is capable of pulling Jeff away from his midrange brews (I mean, we’re talking about a guy who has successfully won tournaments with RUG Flash and Junk Midrange for about two years now), then there is probably something to it. This deck is very powerful and capable of killing your opponent out of nowhere. If you’re a B/g Devotion player, I’d think twice about tapping out ever against this deck.

Well, the bad news is that [card]Unburial Rites[/card] is not walking through that door. And [card]Rescue from the Underworld[card] is not a suitable replacement.

Obviously, this deck is extremely similar to the B/G Dredge decks (both with and without [card]Strength of the Fallen[/card]) and B/G Constellation decks. But its major goal is to place a good amount of three-drop creatures into the graveyard, cast [card]Immortal Servitude[/card] for X=3, get back a [card]Grim Guardian[/card] with several other enchantment creatures, and hit your opponent for a ton of life. [card]Mogis’s Marauder[/card] is also in the deck as a three-drop that can be reanimated and kill your opponent by giving all your creatures haste and intimidate on the turn you cast [card]Immortal Servitude[/card]. There is redundancy in the combo as well, as even if you mill [card]Immortal Servitude[/card], you are capable of retrieving it, thanks to [card]Nyx Weaver[/card].

I may have hedged too much by including some copies of both [card]Strength of the Fallen[/card] and [card]Nighthowler[/card], but both cards seemed like they were powerful enough on their own to warrant inclusion. If one was to go completely all-in on the reanimator strategy (which may be the correct move), then I would cut them for some number of [card]Master of Feasts[/card] and/or [card]Oakheart Dryads[/card]. And, yes, [card]Nighthowler[/card] is a “non-bo” with [card]Immortal Servitude[/card], but since we’re hedging towards being a B/G Dredge deck anyways, some amount of them seemed correct.

And before anyone asks, [card]Kruphix’s Insight[/card] is not included because we have enough to do on turn three. The deck needs two drops. Thus the reason for the singleton [card]Mana Bloom[/card] as well.

Overall, the deck functions without the reanimation plan as a simple green-black beatdown deck. And, just like most reanimation strategies, its power level is determined by the amount of [card]Scavenging Ooze[/card] and [card]Rest in Peace[/card] seeing play.

But it seems that Wizards has once again given us an opportunity to play a powerful combo deck in Standard—an opportunity we should not squander. If you have any suggestions or comments on the deck, please leave them below. 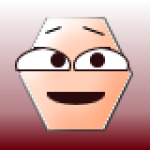 Full-time philosopher, part-time Magician, Ken Crocker is a Magic grinder in the Midwest. While only playing competitively for four years, he has already made two SCG Open top eights.
Previous Episode:
The Spike Feed 41 – Pillaging Merfolk
Next Episode:
Command Theory: Power Without Gameplay