Hello, everyone, and welcome to Serum Visions!

This week, we are going to be talking about the most popular beer in the world: the lager. There is a beautiful and interesting history behind this type of beer that is hidden behind its most recognizable brand, Budweiser. While finding its roots in Austria in the mid 1500s, it has become one of two umbrella catagories for more than twenty-five very unique styles. The research and development that went into making it more easily produced actually led to a German knighthood. Hopefully by the end of this article, you’ll see the lager as a real thing of beauty that is much deeper than the fizzy yellow water it is so often associated with.

“The brewer surely has an intention, but the wort itself is agnostic as to its destiny— it is the yeast that decides its future.” Garrett Oliver et. al

The “agnosticism” of the wort, or unfermented beer, means that it will be whatever kind of beer that it is coerced by nature to be. During the early stages of understanding and honing, brewers would mash their grains and boil in their hops, knowing that in a few weeks the wort would bubble away and end up as the sweet nectar, beer. The process by which that happened was still largely unknown to them. We now know, of course, that the process is fermentation by way of yeast. In the days of old, pre-1553, it was the atmospheric temperature that would determine the type of beer being either an ale or a lager. If it was during the summer months, it would be an ale, and during the colder winter months, it would be a lager. This is because there are two main strains of beer yeast which are active at differing temperatures. Saccharomyces cereveisiae, which is the ale yeast, ferments between 60 and 75 degrees Fahrenheit and saccharomyces pastorianus, the lager yeast, ferments between 13 and 42 degrees.

In 1553, the Duke of Bavaria, Duke Albrecht V, decreed that no beer was to be produced between April 23, St. George’s day, and September 29, St. Michael’s Day. These are the summer months. They had figured out that the beer produced during the summer was far more likely to spoil than that made during the cold winter months. This was because sanitization was not fully understood yet, so the bacteria that would invade the brew was usually uncontested and thus ruined the beer. In the winter months, it was too cold for these bacteria to survive, so the beer would remain unspoiled.

The name of lager comes from the German verb lagern, which means to store. This is because once the beer has been fermented, it needs to be stored, or lagered, for three weeks to three months. During this time, the beer would be stored at or just below freezing, and the off-flavor and aroma compounds would be reabsorbed by the yeast and then settle to the bottom. It’s during this time when the beer achieves its clean, crisp profile. The beers that were made coming up to the production time of late April would need this treatment as well, regardless of how warm it was. To ensure these temperatures were kept, the brewers would pack their fermentation cellars full of ice blocks from frozen lakes and ponds during the winter. This practice was kept until the practice of artificial refrigeration was implemented around 1870. 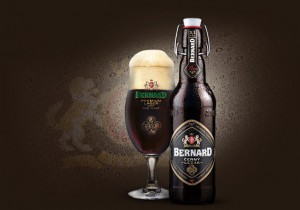 The implications of this are quite far-reaching. This means that any beer brewed in Bavaria during these three hundred
years had to be a lager. We could not possibly imagine for a moment that this region only drank what the general population considers a lager for three hundred years. No, they without a doubt would have wanted variety. This means that there would have been everything from light and refreshing beers to heavy and contemplative beers. Pale and dark, high alcohol and low alcohol, hoppy and not—to every variation of beer we are familiar with today made as a lager. There are 27 different styles of lagers listed by Beer Advocate, all of which undoubtedly have their origins in Bavaria during this time. 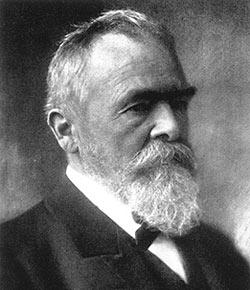 In 1868, Carl von Linde joined Weihenstephan. Weihenstephan is the world’s oldest continuously operating brewery and arguably the worlds foremost brewing university. Establish by Benedictine monks in 1021 as an abbey and brewery, it has become a part of the Technical University of Munich that has been offering doctoral degrees since 1920. Linde was the first person to take seriously the idea of keeping beer at colder temperatures using artificial refrigeration. He based his “ammonia cold machine” off a principle called vapor-compression refrigeration (wiki here), which is still used to air condition cars and homes to this day. Most of the funding for this research came from a brewery in Munich called Spaten Brewery. This brewery was the first to install the system, in 1873. In 1879, Linde went on to start a business called  Ice Machine Company, which sold almost 750 cooling systems in eleven years! This company is still around and employs 48,000 people in more than 100 countries. Linde was knighted in 1897 and died in 1934. He made great strides in the manipulation of gases that included the liquifying of oxygen and nitrogen. However, it is his advances in beer cooling technology that may his be most enduring innovation.

The world and history of lagers is so much larger than it appears at first glance. I’d encourage you to dig in and try as many different kinds as you can. When you find one you love, or if you have one you already love, please hit me up on Twitter at @awcolman or leave a comment below! I’d love to hear what discoveries you have made.

These are all of the lagers listed on Beer Advocate that exclude Bud-Miller-Coors. Go to wherever you get your craft beer and ask for a lager made by a local microbrewery. If for some strange reason your local microbrewery does not make a lager, talk to the person helping you about finding one of the styles listed above. They should be able to help you find one that you will enjoy.