It’s the end of the month, and that means that we are going to review the Puzzle Box list and make sure it is within a couple dollars of our $200 mark. There are a few changes to be made but we’ll discuss those later. First, I want to talk about another one of my two-man Limited formats.

Getting Value From Your Cube

One of the missions I have adopted in this column is to help those who don’t get to cube too often use their cards to their fullest value. We have these awesome cubes and spend tons of time thinking about cards, saving for cards, swapping cards in lists, sleeving them, reading about them, etc. What is interesting is that the amount of time I have actually used the foil [card]Cryptic Command[/card] in my cube is minuscule compared to the amount of time I pined over it in my LGS’s pimp binder. My goal is to get these cards in play more often during the time I have to use them.

Let’s define use of cards. By this I mean the amount of time you have any card in a deck, in your hand, on the battlefield, or on the stack countering some other spell. The last format I wrote about maximized the amount of drafting you and one other person can get out of your cards. Drafting is one of may favorite parts of cuing. But this week is about having those cards in the in deck, on the battlefield, and countering other spells (and by the way, if you’re not countering spells with your instants, you’re doing it wrong).

I used to do Winchester and Winston drafts in the early days of my cube, but the decks were too clunky and the game play was not enjoyable enough to merit the time it took to draft and build the decks.  Along with this, because I have a craving for adapting to metagames, I try to have my formats with mini-metas built in to them.

With this format, you’ll play some clunky decks, but you’ll spend very little time building them so the overall experience will balance out. 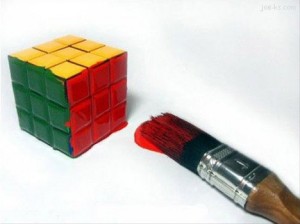 This is a Sealed format. It’s an evolving one and you start slinging spells right away! How is that you ask? You start with a little-known format called Tenpin. I Found this one on the Mothership while looking for some different formats to play. There are six steps in total to #Value Sealed.

Each person takes one booster from the cube, takes 10 cards from the pack, chooses up to six basic lands and shuffles it up to make you first deck.

Mini Masters: each person takes a pack, shuffles in 2 of each basic land in and then you jam. This options is faster, but it leads to clunky decks and with this format we are trying to balance clunk and speed. In this case I feel like the time it takes to cut five cards and choose six basic lands is worth it. #value

You have your decks, so now play best two of three. The whole match will take a while so don’t be too concerned about eking out games.

Each player takes another booster pack and adds it to the pool of cards from which they are building their decks. At this time, your deck is going to move up to 20 cards.

You will probably be able to move in to two colors at this point. You’ll also have an idea of what the strongest card in your opponent’s deck is, indicating which overall archetype he may be leaning toward as more cards are added to your pools. It’s now time to start thinking about how to beat that next deck. Mini-meta! To be fair, you probably wont have many options to deal with it, but if you see that he has [card]Umezawa’s Jitte[/card] in his pool, you are going to make room for any disenchant effect and maybe even try to force a color to access it.  The chance of drawing any one card in a 20-card deck is very good! For that reason, if you open some silly off-color bomb in your second pack, it may be worth completely changing the plan for subsequent games.

Add another booster to your available pool of cards and continue to rebuild your 20-card deck as you see fit.

Add another pack. Here we have reached our first “sanctioned format.” This is four-booster Sealed, and in this format you are going to bump your deck up to 30 cards. It’s generally advised that you put 12-13 lands in these decks.

Add another pack. You can use your own judgement whether you want to go up to 40 card decks this step. Two things to consider:

If you stay at 30 cards, you will almost certainly have enough cards to build two different competitive decks. Feel free to switch up between these decks during the match if that is something that appeals to you. If you are going to do this, decide beforehand so you can keep it in mind during the whole process.

If you go to 40 cards, you will be using more of your cards more often, and that’s the whole idea of this format. Your decks will not be as streamlined as if you were playing 30-card decks. Here we find the beauty of Cube: if you do it one way and don’t like it, you haven’t lost money and you’ve still been playing Magic!

Add another pack. Here we have finally arrived at the Sealed we all know: 40 cards, 17 lands. A couple of general notes:

I’ve tried adding two packs step three and four (1, 2, 4, 6), but it turned out to be a little out of line with the goal of this format. Thirty extra cards is way to much information to process to keep the build time fast enough. But feel free to start at any point in the process, if you want to start at two or three packs and work up from there, do it!

And There You Have It

This format gets you playing lots and playing fast! It’s super fun to have a controlling deck game one and watch your opponent make his deck faster in the second game to  try and punish you for it. Then comes around pack/match three and you finally get that second mana elf. You proceed to slam a [card]Predator Ooze[/card] on turn two and watch your opponent squirm.

I haven’t played with a best three of five or anything like that, because the idea is to play and adapt to the environment and your card pool.  There was one time that the pool for my opponent had [card]Umezawa’s Jitte[/card] and [card]Jace, the Mind Sculptor[/card] pack one and then [card]Stoneforge Mystic[/card] pack two. We didn’t play that one out because it was a little crushing to be so obliterated from the very beginning. Thus is the nature of Sealed play.

If you would like a thoughtful and draftful evening, check out my previous format, Infinity Drafting, here. If you just feel like jamming game after game after game in a fast-moving environment, try this one. Either way, put Winchester and Winston aside and try something new!

[card]Cursed Scroll[/card] —-> [card]Razormane Masticore[/card] – Not close at all, but they both give free shock/bolts and are in the artifact section (If you have a better idea let me know, either in the comment section or on Twitter, @awcolman.)

If you try one of my formats, let me know how it goes and any tweaks or overhauls you might make to them.

Thanks for hanging, everyone!

One comment on “The Puzzle Box: #Value Sealed, a Two-Person Cube Format”